Part of Everything invited her forums peers to "Invent something! Draw it and explain it!" As an example, she shared her idea: "owl milk." Despite this being a wide-open call for creativity, the Goons spent the whole thread riffing on owls, because SA is a copycat league (like the NFL), and also because people on the Internet love owls.

This is owl milk. 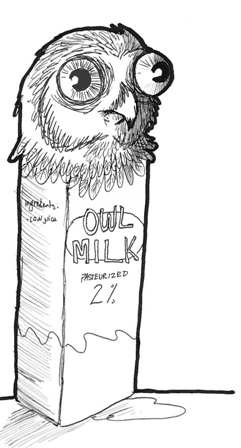 Owl Milk is regular cow milk, but in an owl container. Hate opening milk cartons? No problem! Just tip the container and the beak opens and the milk pours out.

Is the head alive?
It wouldn't be sanitary to have a dead owl head, would it? Of course it's alive. It drinks a little of the milk each day to survive.

What about when the milk runs out? Will it die?

The container can easily be refilled with non-Owl Milk milk. You'll know when it's empty because the head will start making a lot of noise.

Is the Owl Milk head suitable as a pet?
All Owl Milks are hand-raised and tame, and make great pets. They are not mobile, however, so they must be carried or pulled along on wheels. Walk your Owl Milk in style with an official Owl Milk dolly! Available in 6 fashionable colours!

How are the Owl Milk heads created/bred?

Why an owl?
Why not?

I made this a number of years ago for a Young Inventors Conference.

It's an Owl Mill. Patent Pending.

It's basically a pepper mill but there's an owl head on it and I don't know what's in it but I'd bet it's probably owl pellets if I was a betting man.

Now that I look at it again, your "owl milk" thing kind of reminds me of it. 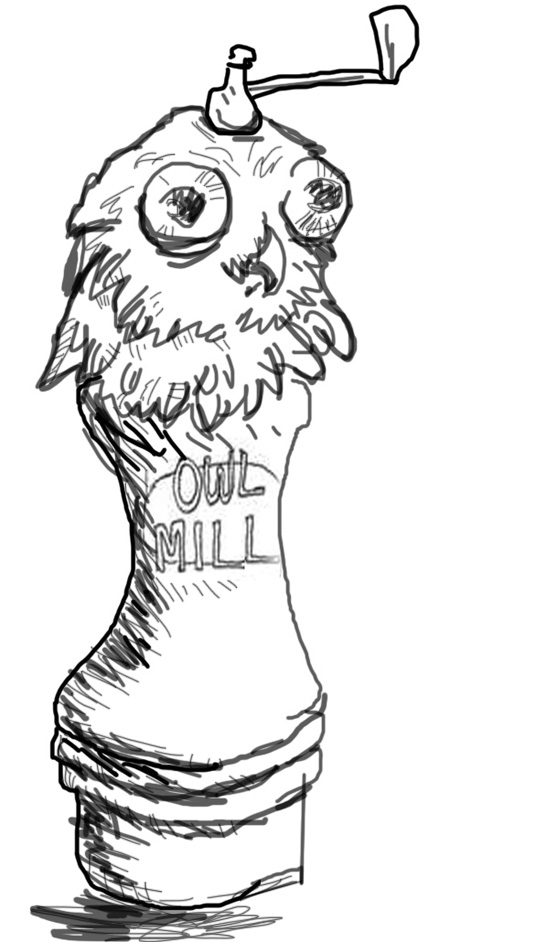 Spowl! It's an owl with a spoon for a beak that feeds you cereal every morning! Goes perfect with Owl Milk! 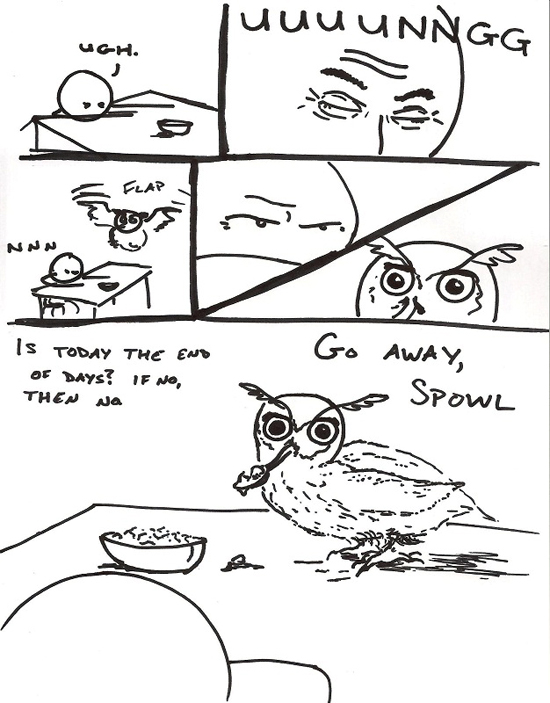 To go with your Spowl I have created an owl bowl, or bOwl (pronounced bowel). 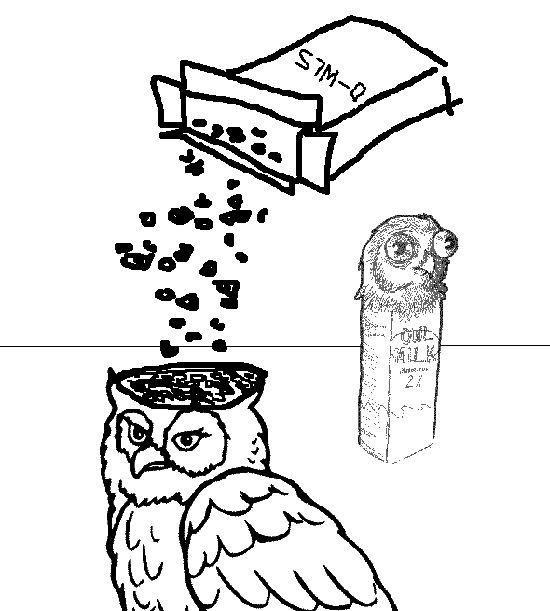