Can you name the members of Snoop Dogg's Rap Posse? If you said "Daz and Kurupt," you would have been wrong for a lot of years, but now the Dogg Pound has reunited so you're right again! Still, even with some of the old pieces back in place, Snoop Dogg must constantly recruit uniquely talented new contributors for his crew in order to stay competitive with the best rap posses of today! WET BUTT had some great ideas; FYAD added a few suggestions. Thanks to neoaxd for the art! 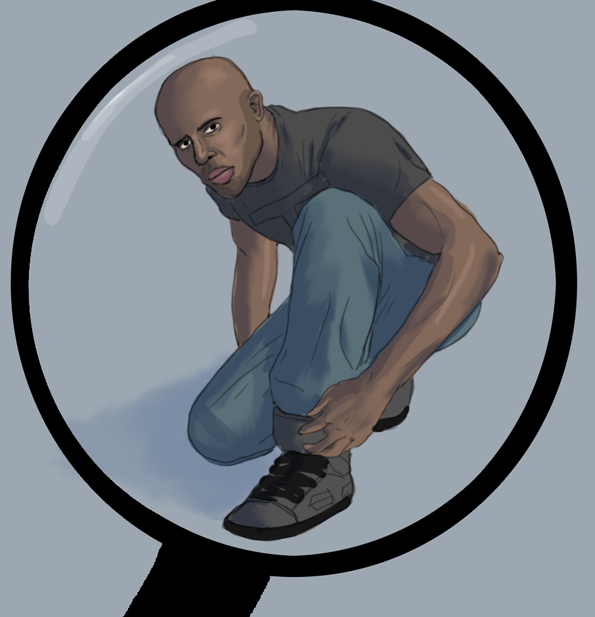 Small t - a really small fully grown man who is climbing around on stuff Honey i shrunk the kids style, and snoop dogg leans in with a magnifying glass and says "what it do small T"

Big Teddy - If Snoop is ever about to miss when throwing a piece of trash into the garbage can, Teddy will spike the garbage out of the air in mid-flight and says how it probably would have gone in, allowing Snoop to maintain the benefit of the doubt

Clinton "Euro" Broadus - Snoops cousin, Notable mainly for suggesting Snoop drop the Doggy from his name and handling business with european promoters through a complex system of drawings of droopy dog makign various faces based on his best guesses at Snoops reaction to what he thinks is being said to him

Lady Visualize - Powerful Caribbean witch who transformed Snoop into a dog for the whats my name video. Only in the posse due to constant threat that she'll redo the hex if threatened.

One Fat Cat - A massively fat cat who has a bossy attitude, a tough guy disposition, and is the bete noir to snoop dog's dog, Rachel

Inviso - Invisible entity created by snoop dogg, every time he says "where inviso at" someone has to subtly knock something over in the room, or throw their voice and say "im here snoop," so snoop can say "oh shit haha thats my boy." if anyone messes up and snoop sees them tricking him, they are put in time out for 20 mins, and snoop feels upset.