Unconventional Ways To Trap A Bear

Since the dawn of time, man and bear have been at war. Often throughout the centuries, an uneasy alliance has been formed by both parties for the greater good. However, it is impossibly to ignore the burning hatred that exists beneath the surface. Winnie the Pooh would maul Christopher Robin in half a second, given the chance. In the words of our greatest president, who disposed of the alien scum on Independence Day, it's time we fight back. The forum goons have been busy this week designing traps to be used to capture bears, leaving these fearsome beasts at our mercy. Do you have what it takes to save humanity by torturing an innocent bear? Then read on! 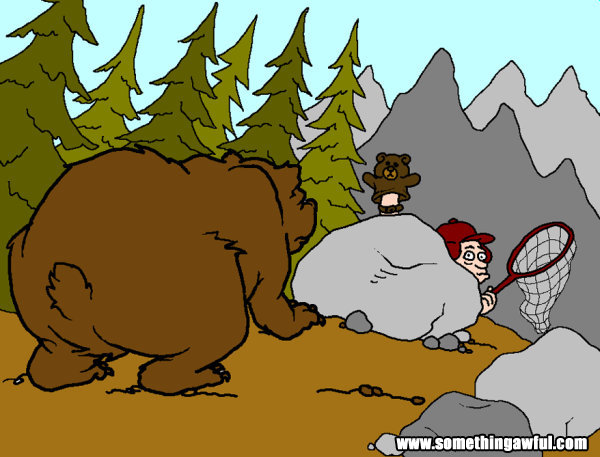 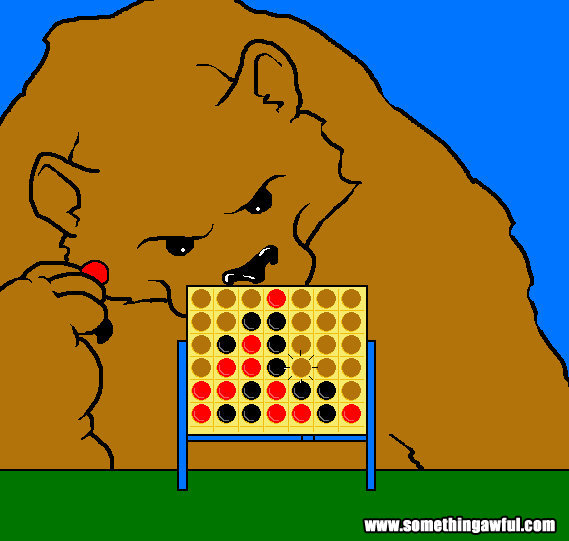 gr8ball's plan falls apart when you consider that most bears won't realize the pot contains honey, as more than 75% of forest creatures are illiterate. 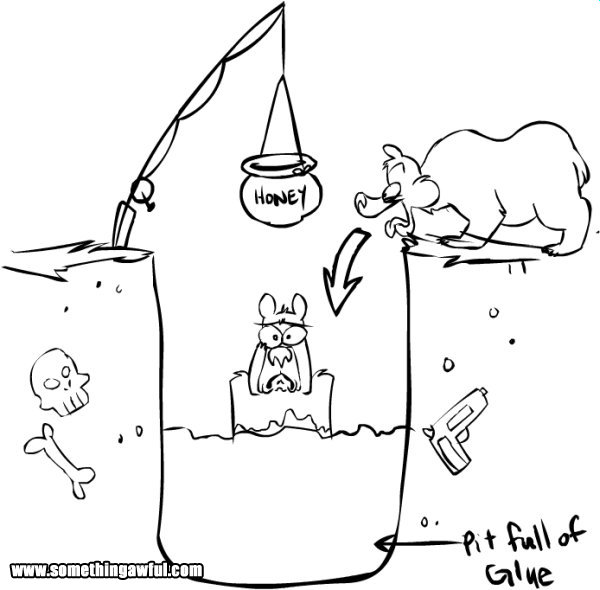 Something Awful just lost all of its sponsors after they heard that this Goldmine would feature Orbitize's image of a grandma doing some serious sucking. 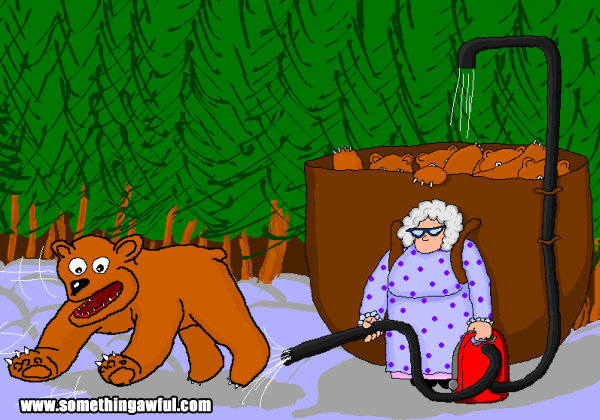 Saw 5 features a whole bunch of animals being tortured, like a gopher being set on fire and this bear in pain from antihero. 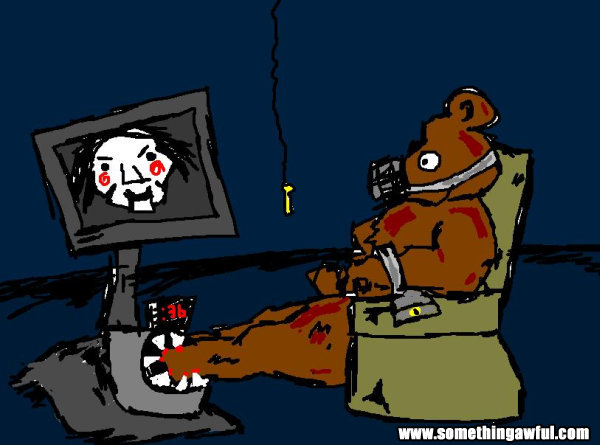