It's Christmas! Of course, I'm writing this text long before the 25th of December, so if anyone walks into this room right now they would think I'm unable to use a calendar. There's also the strong possibility that you're not reading this on the last Tuesday of 2007, because what kind of pathetic loser reads websites on Christmas day? Anyway, for the purposes of this article, let's pretend that we're sitting together near a beautiful log fire filled with festive glee. It's likely that sometime recently, you unwrapped a whole bunch of gifts and pretended to be pleased with the Jurassic Park socks you were given by a relative you weren't entirely sure was still alive. You probably bottled up your anger and gave a smile of appreciation. This week's Comedy Goldmine celebrates those who were given terrible Christmas presents, and weren't concerned with dumb concepts such as "gratitude" and "other peoples' feelings". It's time to cry havoc and let loose the spoiled brats of yuletide, as the forum goons are here to tell us about their worst gifts! 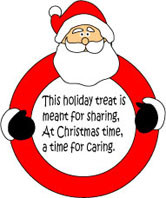 I am twenty-four years old. Last Christmas my uncle got me both the greatest and worst gift ever conceived of by man. He gave me an electronic sights and sounds Spider-Man piggy bank. It was branded for the first movie and for the last five or so years it's sat in a warehouse somewhere, until my uncle found it in the dollar store. The batteries were melted, and even after an elaborate replacement procedure Spider-Man would only spastically seizure after you inserted coins into him.

My grandparents one time managed to give me black baseball hat with the word Sox on it.

It wasn't a Red Sox hat, nor a White Sox hat as there were no logos or anything on it anywhere, and the typeface used did not look anything like Red Sox or White Sox branding (I honesty think the typeface on the hat was Times New Roman)

I got an extremely cheap black porcelain pig with a single dirty pink sock inside it from my grandparents one Christmas. The Christmas before I got coupons for things I would never buy, like buy one get one free bags of dirt at a gardening store that isn't even in my state.

A snow shovel, from my dad. In a big gigantic box that looked like it contained all the awesome in the universe. Asshole.

A package of international cheese-food products. Not cheeses (that might have been pretty cool), but essentially Cheez Whiz with different sorts of colouring and artificial flavouring in the traditional wrappings of their look-alikes.

Last year my mother gave me an illustrated guide to building tree houses.