Jesus, this is a dark one. It seems that a light-hearted conversation about incidents involving animals, started with the best of intentions, (on the Something Awful LLC forums! Join today!) eventually descended into the dankest human dregs talking about their sickest and most twisted animal torture experiences. Out of everyone whose posts are featured in this article, at least one of them is definitely a serial killer. Know this - there is no goodness in their dark hearts, no decency behind their eyes, and God has truly forsaken us all. Oh, and Merry Christmas.

i do it in a nice voice though i tell them youre a very stupid boy arent you boy yes you are and hes just wagging his tail and panting because,,, lets face it, he' sreally stupid (he's a dog) 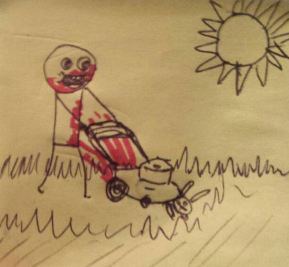 I accidentally chopped up and stepped on dozens of baby rabbits while landscaping for a summer. I whacked the legs off of like 5 of them at once with a weed whacker the first time it happened, and had to stomp them all under a taco bell bag and they made the most horrible squeak noise when I smashed them. Then the next day I was just walking and all of a sudden it felt like I was slipping on a pile of melty candy bars, but it was a bunch of super tiny rabbits who's eyes hadn't even opened yet.

The first 2 times it ruined my day and I felt fucking horrible, but by the end of the summer it had happened so many times it was just like *squeaaak* "whoops" *stomp* and move on.

I hit a Rottweiler puppy in the ribs with a nine iron when I was like, three, on account of it knocked me down and scared the shit out of me. It looked so betrayed when I did it, like it thought I had been its friend. I was convinced the dog had died shortly afterwards until I was 8 and mentioned it to my family as being the worst thing I ever did and they laughed at me because the dog was fine and the very idea of it seemed absurd.

One time I chewed up a peppermint candy, and my childhood cat wanted to smell my face because of the mint, so I blew mint breath at him and he liked it- so I blew mint at him harder and sprayed mint chunks all over his face. Later he can to clean candy chunks off himself and made these really awful faces from the mint taste

I stepped on a baby pigeon when I was 10. I was running to class and I didn't know he was there and that sometimes small animals just don't get out of your way and they die? but I felt I'd committed a murder, and I was too ashamed to tell my mom why I was sad, so I just stayed racked with guilt and misery for a really long time. I was the kind of kid who was viscerally disturbed by baiting worms, and I killed one of these perfect precious lil uglybuns :(

i ran over an armadillo (it was an accident)

also when I was a teenager we used to sit in my car and get stoned behind this movie theater where for some reason there were always armadillos wandering around, and we discovered that if we honked the horn when we saw one it would cause it to jump straight up in the air like two feet like some kind of cartoon

I used to load frogs up in a water balloon launcher and shoot them across my yard into a chain link fence.

when I was young I used to go fishing for bass in the crick and if I reeled up a gar i'd just toss it in the nearby woods because it's a garbage fish nobody wants. these days i'm the kinda guy that moves a spider outside instead of squishing it so thinking back, the fish thing was pretty shitty of me

when I was young and didn't understand things very well I killed a friends pet guinea pig by throwing it into a pile of toys over and over again. We both thought it was having fun because it splayed it's limbs out in the air. :(

When I was a little kid at soccer practice, I found a moth and decided to tear off one of its wings.

After I realized what I had done, I felt incredibly shitty.

used to catch flies in an altoids tin and freeze them, tie a string to their legs and then tie them all up to whatever. completely forgot about doing that 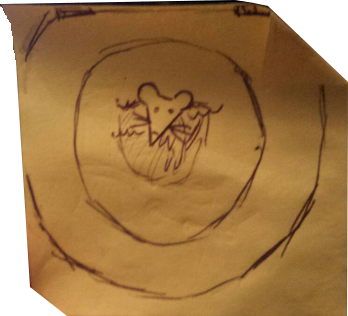 One time I was trying to give my dog a bath. I had walked him into the tub, and he knew what that meant. Once I turned the water on, and tried to shampoo his hair, he bit my hand right in between the thumb and forefinger. As a knee-jerk reaction, I threw my hand forward, and since it was still in his mouth, I ended up slamming him against the tile wall.I also screamed real loud. I don't think I actually threw him as hard as I remember, but I felt really bad afterwards. We still remained best buds after this, so it was okay overall.

e: Oh, wait, I remembered a worse one. I once found a mouse in a discarded bag of Doritos, and it couldn't get out. I didn't know what to do with a trapped, live mouse at 3 in the morning, so I tried to flush it down the toilet. When it swam faster than the toilet could flush, I threw welt toilet paper over it and flushed it again.

I don't think this was a -bad- thing, exactly, but I felt horrible about it, still do.

I came home from work one day and there was a duck in my swimming pool, a female Mallard. The pool wasn't a typical swimming pool, it was surrounded by shrubs and trees and quite secluded, I fucking hate swimming pools but it was there when I bought the house so all I could do was make it look like a pond.

Two days later, I hear an odd noise and there's twelve baby ducks following mama duck around the pool. I panic, because A) the chlorine couldn't be good for them, B) there's nothing for them to eat, and C) they can't get out, the rim of the pool is too far from the water's edge. I didn't heat it and it was early spring, so the water was pretty chilly.

I tried overfilling the pool so the water was closer to the pool apron, but I couldn't get it high enough. I then built a plywood ramp that floated on some big Styrofoam pieces, and some of them would walk out of the pool, but there were like two retarded duckling s that wouldn't get out, and the mom kept getting back in the pool to herd them out and the other ones would get back in and it was a clusterfuck.

I look on Google and evidently new ducklings need to be out of the water to get warm much of the time; they can't be in the water 24/7 or they'll freeze. They eat little bugs and invertebrates and such; since my pool's clean, they'll starve eventually.

By now it's 4pm so I find a feed store, luckily I'm in a fairly farm-type area, and buy a bag of duckling food, bring it back home and scatter it all over the ramp, pool apron, and around the large shrubs where I guess the mother duck had her nest. By now the two retarded ducklings aren't swimming very fast and are looking distinctly waterlogged, so I do a dick thing and scoop 'em out with the 10' leaf basket. That causes mass chaos, but I'm able to scoop 'em all out faster than they can get back in the water and finally Mom Duck leads them into seclusion and safety under some bushes.

Next morning they're back on the pool peeping and swimming around, so I call the county animal control and they're completely worthless; yes, they'll take them and release them when they're old enough but they won't come and get them.

I'm wayyyy too far from any decent-sized body of water, so I have to scoop them all up into a large cardboard box, the mother duck is going berserk, but I'm unable to catch her, so I have to take her babies and leave without her

When I get to the animal control, there's like twenty people crying in there, I guess because they have to surrender their pet, but when I open a box full of twelve striped peeping ducklings, the entire room goes "Awwwwwww" in perfect unison.

Mom duck waited around for her children for a week. I still feel bad.