I am a relic of the American South 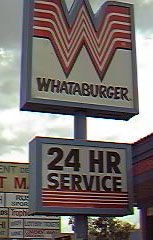 BEHOLDA bit of a sloppy update this week, and I’ll tell you why: first of all, I wrote it on an airplane, and the middle-aged bleached-blonde deep-cancer-freckle-tan woman in front of me kept reclining her seat and pushing my laptop ever closer to me until I had to push my elbows out like a belligerent English bulldog to get any typing done. Second, I was in a state of ill health following my first visit to THE SOUTH! The ill health is my own fault, though, not the South’s. Well, actually, it’s both my fault and the South’s fault, in a way: while I was in the South, some Californian friends of mine decided to visit the many exotic fast food chains that the nation’s lesser half has to offer. My advice is to stay away from Krystal, because the hamburgers there are not made out of food. It makes McDonalds seem like filet mignon. Also, avoid Waffle House unless you love grease. Actually, I take that back: I love grease, but I don’t love THAT MUCH grease. The floors in that place were literally slippery with grease. Even the Coke was greasy. I think the best place I tried was Whataburger, which was surprisingly good, despite having a logo that made it look like a gas station from the Seventies. I should also point out that the South is full of quaint racial insensitivity: imagine my delight when I noticed a chain of Chinese places called "Chinee Takee Outee." Adorable!

One major Southern disappointment was the absence of a good Dirty South-oriented radio station. I expected to arrive at the Atlanta airport and instantly see Lil Jon holding up a sign that said “Thorpe” and escorting me to the CRUNK LIMO and giving me a personalized pimp cup, but instead I found tons of light rock and country stations. Fuck that.

Anyway, I’m exhausted from traveling, so cut me a break if I stop amusing you now! Have a wonderful week!