Hanging on a Feeling 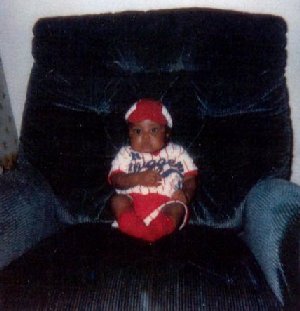 Congrats On Making A Baby Richard

I know Livestock already congratulated Lowtax and his wife Megan on the birth of their baby daughter yesterday, but I would like to give my own personal thanks to them at this very special time in their lives. Having a baby is a lot like riding a bike, except for the noises they make when you put baseball cards in their spokes, and the reaction you get when you chain them up outside the library. I know that Lowtax will make a great father, and I wish all the best for little coneheaded Lauren. Uncle Frolixo is gonna buy her a whole mess of My Little Pony dolls until she is spoiled rotten and refuses to eat her vegetables.

Also, can you send me the diagrams on how you made this "baby" of yours Rich? I can't seem to figure it out, and the last time I tried I caused a warehouse fire that killed a dozen underpaid workers. Thanks.

Bush Is A Stupid Dorkface

Did anybody watch that speech about the plans for Iraq that Bush outlined on Tuesday? I guess our plan of action to stem the tide of insurgent attacks and have democracy flourish in the region is to "defeat terror", "spread freedom", and "sacrifice". Wow, I'm sure all those buzz words that we've been hearing for the last 4 years will be just the solution to this clusterfuck we willingly walked into. I've never mentioned any politics in any of my updates because I tend to be fairly moderate in my views, and Zack Parsons does a good job of it anyway, but I just lost it after the speech on Tuesday. Anybody that knows their history or even has a shred of common sense knew that invading Iraq was a really bad idea unless you had a solid plan for the post-war.

This is looking more and more like a Vietnam situation, where hostilities are increasing and instead of pulling out we are digging deeper, sending more men and material over. The more we commit over there, the less of a chance we have of getting out. I just find it really tragic that thousands of young men who think they are fighting for a good reason will lose their lives over the next few years, just because this country is being led by a group of greedy, ignorant, and self serving men. The people who voted for Bush are finally wavering, but its far too late. We're fucked.

I was dicking around on MY WEBSITE (not a plug), and realized that I take so much from the community but give nothing back. That's why I decided to volintuered to build houses in the Detroit area and give blind people foot massages. You should all be like me and be a good person, and like, help other people. Lets listen to the wise words of the prophet Kip Winger, and think a little bit about what this crazy world is all about.

Winger: "In For The Kill"

That just blew my mind. Thanks for opening my eyes to the hypocrisy Kip. 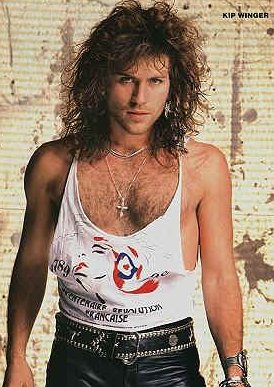