Microsoft recently created two versions of an online ad for IT tools, one for its U.S. site and the other for its Polish page. In the Polish version, Microsoft replaced a black man with an equally happy-to-be-at-a-business-meeting white dude. Some people reason that Microsoft tailored its presentation to Poland's extremely homogeneous population, while others contend this was just another manifestation of Micro$oft's unfathomable villainy. Either way, the Something Awful Forum Goons were happy to help the company cater to some untapped demographics.

Varchar starts this theme with an appeal to the Doodle-Beasts, because he's cool like that, he's peace like that. 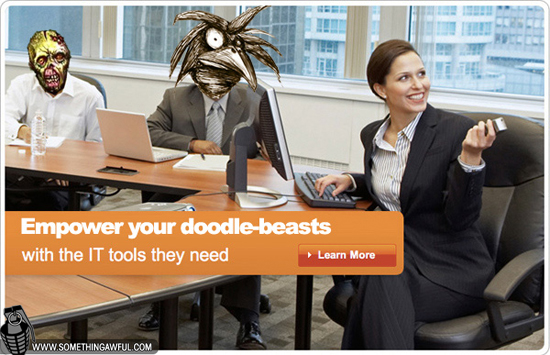 NAG targets the active juror, a man who has a life in his hands, death on his mind and fantasy football on his laptop. 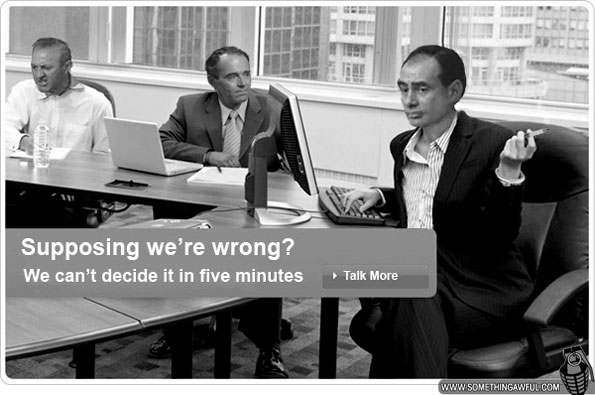 These office workers have been hiding for two hours, and digitalwatchmaker still hasn't finded them! 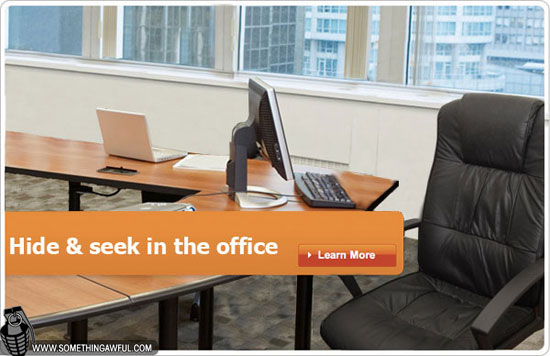