Thursday, Apr 21, 2005 by Zack "Geist Editor" Parsons (@sexyfacts4u)
Welcome to this to optional, freeflowing, train-of-thought pseudo-Livejournal full of half-assed ideas, inspiration, and anything else we feel like writing about but know isn't entertaining enough to warrant a full article or front page feature
Today's Update

Today's update is a sequel of sorts to a Wink Martindale themed update I did about a year and a half ago. I like doing something like that with an unconventional structure. Sometimes it works - people seemed to like the original Wink Martindale piece - and sometimes it's a flop. Like the Batdance piece. I thought it was hilarious because Prince's Batdance by itself is conceptually hilarious but it was apparently too goofy for our audience. Because so much of what I do for content is formulaic by nature I try to stay away from formula pieces or at least shift between a huge number of formula pieces on the front page updates. With mixed results.

My History at SA

I've been here a long time and I've written more articles than I can count. I have enjoyed my job and I really can't thank Rich enough for giving me the opportunity to work with him here. I think what I appreciate most about working at SA is the environment. Everyone is pretty much allowed to do their own thing and when you feel like it you have a whole bunch of really talented people you can collaborate with. Rich and I used to collaborate a lot but these days we're both so busy doing our part for SA that it's hard to even find time to talk to each other over instant messaging. I first met Rich in Vegas after working for him for three years and when I went to his wedding in February I actually called him Lowtax to his own mother. How humiliatingly dorky.

Over the years what has amazed and impressed me the most is the sheer diversity of our audience. Most of you are very smart people and at least slightly nerdy, but reading the forums I am constantly stunned by hearing we have readers in places like Kuwait, China, Norway, Russia, and even at a research station on the North Pole! I hope SA is around long enough to have readers on a space station or moon base or something. The people on our forums are so smart and talented that they unknowingly push me to try harder and harder to be a decent writer. If we had a bunch of moronic ingrates for fans I would get lazy and just post Batdance updates all the time.

Since this section is pretty much whatever bullshit we want to write about I figured I'd spend some time talking about movies, music, and games. It's very Live Journal of me, but hey, I think that's the idea for this section. I'm not going to tell you what to buy or offer insightful reviews, but maybe I'll clue you in on something that grabs your interest.

Starting out this time around with movies, if you liked the original Cube film or the cyberpunk genre you would probably like the horribly-titled but extremely underrated movie Paranoia 1.0. Rich suggests movies to me every once in a while and usually they fall into the "so bad they're funny" category, but this one was a wonderfully shot, wonderfully cast, and perfectly tense sci-fi thriller. Even if you hated Cube you should still check out Paranoia 1.0 because it's much better. I felt sure it would be horrid based on that title, but I was wrong! 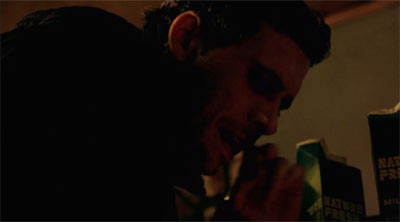 For some reason I bought the three disc collector's edition of Hellboy. Damning evidence as to my sanity: I listened to all three commentary tracks and watched enthralling bonus features like a 2 and a half hour documentary about the movie magic of Hellboy. Inventor Thomas Edison is spinning in his grave at how I spent those eight hours of my life. Of all of the movies in the world I can think of none are more deserving of such a comprehensive treatment. If you liked Hellboy be sure to check out its sequel Constantine. 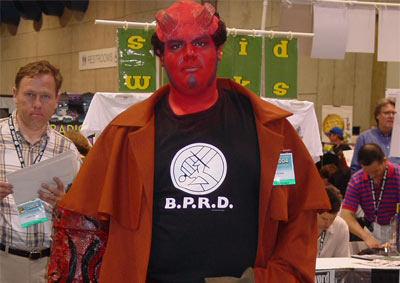 Speaking of bad ideas, I also recently watched the Lindsay Lohan vehicle Mean Girls. It was not a particularly good movie but I learned a lot about myself in the process. The epiphany came during the school talent competition sequence when - like clouds parting to reveal the sun - I realized that I would like to chuck a boner up Lindsay Lohan's butt. 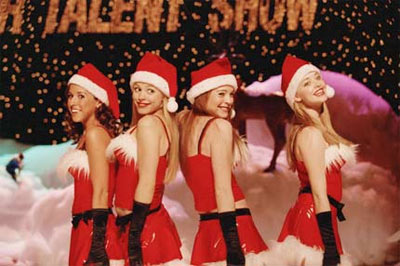 If you're in the mood for a list of things you can repeat ad infinitum around your friends I highly recommend you check out Napoleon Dynamite. It is truly 2005's Austin Powers and I can only hope that we see a progression of increasingly worse sequels until any positive memories of the film have been systematically wiped from memory.

Rewinding the clock several years I would like to talk about the Pacific Theater war movie The Thin Red Line. People still seem unable to say anything good about it, primarily because they are cretins dazzled by quick-cut explosions who think war commentary should be limited to the amount of red food coloring a squib shoots out of a Nazi's head. Remember in Saving Private Ryan how at the end just when you think all is lost a plane comes out of nowhere and bombs the Germans? That was a good movie, but there's a Latin term for that sort of tacked-on resolution and it is known as shitty filmmaking.

Lastly, I would like to mention the Nicholas Cage blockbuster National Treasure. Whoever is responsible for green-lighting that movie should be permanently hobbled with a rock hammer. The plot is essentially that screenwriters have run out of ideas and then these executives will produce anything with enough chase sequences. "A secret-society treasure map written in invisible ink on the back of the Declaration of Independence? Why that's so cosmically idiotic it might just work! Budget 90 million and send the script to Cage and Willis." In case you're interested in seeing the moviethey find the treasure in a secret underground vault, all of the main characters survive, Harvey Keitel is humiliated as an actor, and there is a shitty hook for a sequel. 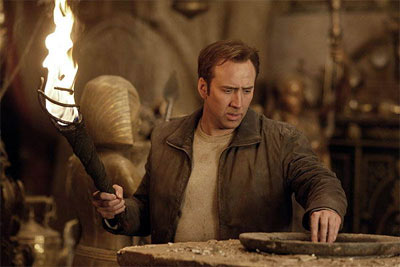 That's all for today! Maybe Monday I'll shovel some dirt on a few games I've been playing. If you have any suggestions for my slice of the dirt pie or any questions you would like answered here feel free to email me.