History marks 1974 as the year Nixon left office, Patty Hearst was abducted by the SLA, and India tested its first atomic bomb. Those of us in the know recognize 1974 as the year two geniuses, Gary Gygax and Dave Arneson, officially expanded their wargaming hobby to include the world's first role playing game. The very first edition of Dungeons & Dragons encompassed three cheaply-printed books with amateurish art and a rambling set of rules that assumed the reader was already a wargamer. Despite all its flaws, this very early edition of Dungeons & Dragons is a wealth of silly artwork and weird rules, making it perfectly suited for the purposes of WTF, D&D!? 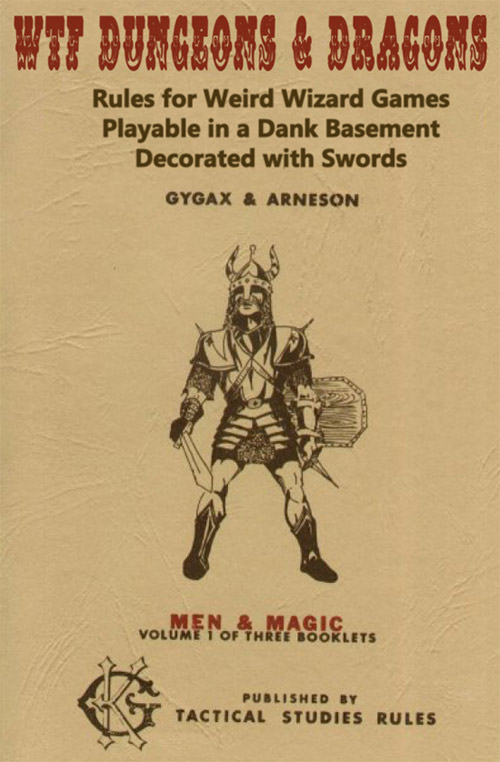 Zack: Holy crap Steve, it's good to be back. Long time, no talk.

Steve: What are you talking about, bro? We talked three days ago about doing this and yesterday you messaged me and told me you were making a frozen pizza and the whole thing fell face down on the floor and then you said you ate it anyway.

Zack: Theater of the mind, Steve. You're ruining the illusion. Why don't you tell everyone about today's installment of WTF, D&D!?

Steve: Well this is some old ass D&D Zack found downloading ebooks from shady websites that gave him all kinds of weird viruses. Some Chinese dude is logging your keys, bro. I am telling you.

Zack: You told me not to buy shoes off the Internet because of the Chinese.

Steve: They're involved at all levels of the Internet shoe scam. I read about it on ZDnet, my source for tech buzz and net news. Have you heard about something called an ipad?

Steve: In our relationship do you think you're more of a Ziff or a Davis?