gues what guess what guess what?!?! KLast night i saw "CLASH OF TEH TITANS" and it was a vary excellant movie, probaly one of teh best filems i have seen since "SPEED 2". there was medusas and unicrons and a Kracklen, and herculees, and arrow and it was a vary quality film but there was teh best thing too: A CYCLOPS! Cyclops are teh best creeatares in mythology (that is anciant cultare), and i want to be a syclops one day so I will write this column like a cyclopes this week AND MAEYBE I will be a cyclopes soon but i haev to finish some hoemwork first, stupid cshcool>

I was just wondering, exactly how many times were you dropped repeatedly on your head as a child? If you ever actually thought you're chances of getting a job with ID Software was greater than that of a toaster learning to fly, you're wrong. I hope someday, a MacDonalds manager takes pity on you and lifts you off the streets to earn minimum wage.

CYCLOPES DONT CARE NONE ABOUT NOne FLYING TOASTARS BECUASE SCREENSAVERS ARE FOR FAGOTs MORTAL BEAINGS!!! ME NOT CARE ABOUT FJORD REDD EITHER, FOR IT SI APPARENTLY OBVIOUS HE IS A TINY LITTLE FRUITY FAGOT WHO I SHALL STEP ON WITTH MY SANDALS I BOUGHT FROM A FINNISH SHOPKEEPAR WITH TEH MONEYS I GOT FROM SQUISHING FAGOTS AT THE MOUNTAIANS YESTARDAY!!! 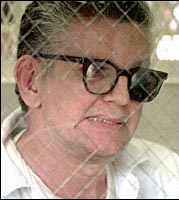 HELLO FGJORED READ, MISTAR FAGOT IN PRISON. I WILL HELP YUO MAKE BAIL! HAHAHAHA NO I WONT, THERE IS A "THREE STRIKES" RULE NOW SORREY

TO ANSWAR YUOR QUESTION, MISTAR RED FORD, ID SOFTWAREZ HAS OFFARED ME A MANY JOBS BUT I WAS TO BIG TO FIT IN THERE OFFICES BECAUSE I AM A CYCLOPES AND RAAAAAAAAAAAWWWWWWWWWWWWWWRRRRRRRR I PICKED UP JOHN CARMACKE AND BIT HIS HEAD OFF AND IT TASTELED LIKE CHOCLATE!!@ CHOCOLATE FAGOTS, HA HA. RAAAWWR!!!@$, GO BACK TO PROGRAMMING YUOR ENGINE MISTAR CARAMACKE AND I WILL NOT STEP ON YUOR VARY EXPENSIVE PRITTY CARS NOW OKEY?