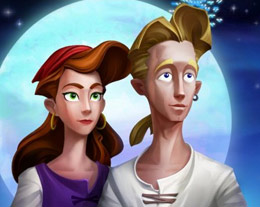 I preferred the manga.Axe: The new special edition of that turned out awesome, what are your thoughts on that?

Tim: At first I was like, uggghhhh... they are going to redo it. It's going to.... some of the new... I dunno, some of the redone art, have you ever played Galaxian or something like that and they have redone it and you are like, I think I'm going to play the old one... but then I pressed the back button and was like oh my god, it's actually here, it's like the entire thing. I know that game! Wow, this is actually our code running, you can tell it's the actual game. So it's pretty amazing how seamlessly they integrated it too.

Axe: Yeah, it even gives you an achievement for doing so. Are you happy with them bringing those back like that? Do you look forward to them doing it to other titles?

Tim: I would love to make all the old titles accessible to the people so they can play, cause people always talk about oh I've wanted to play Grim Fandango, but I can't make it run on my machine anymore. So I always try to point them to SCUMMVM and all that. It's nice to be able to have people access them. I would hate for someone to make a sequel to one of my games that I didn't work on, but other then that, I think its cool.

Axe: You didn't create Monkey Island, but you made a major impact on the game from being more serious to being more of a comedy?

Tim: Ron always knew he was going to make it a comedy. He always was going to make it a comedy. It's just that Dave and I were writing dialog, I personally thought it was temporary dialog. I thought we were just goofing around and joking. They wouldn't ridiculous dialog like this into a game, some intelligent professional person is going to come along and write professional dialog and pretty soon it became apparent that no, this was it, we are going to ship this dialog and we were like wow, that rubber chicken joke is going to go in for real? That's the lamest thing I've ever... okay.

I drew the art for Hook Island, the sign, there is this screen in the island where you can slide on the rubber chicken out to Hook Island and I wanted to make sure people knew it was there. So I drew this big arrow with flashing lights on it and it stayed in the game. I was like no, no, you are going to do a really nice version of this sign right and he was like no, I like it, let's do it.

Axe: You started off at LucasArts as a programmer right? 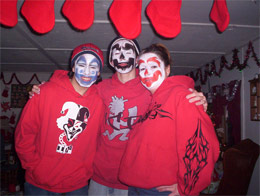 Seen here, the real scum of the earth.Tim: System Designer, Programmer, otherwise known as the SCUMM of the earth.

Axe: Was that a good time to get into the industry for you? When programmers could do art and write for a game, where now entire teams are dedicated to each section of a game and don't interact as much.

Tim: We were programmers but it was integrated, to really implement a puzzle you really had to think there are all these possibilities of what if the player does this or that, how do I catch all these cases? So you had to be able to design and program at the same time. And now we have people who do that, like I'm a little more removed from that, so I have other people on Brutal Legends, we have a team of people who are really skilled at those kind of judgment calls, implementing stuff based on the script that I write or their own ideas.

Axe: Thanks for your time, Tim! We are all looking forward to Brutal Legend, but in the meantime check out the rereleased Monkey Island Special Edition, written by Tim and revamped for modern day graphics for Xbox Live and PC. You can also head over to Double Fine and check out modern day classics like Psychonauts and learn more about Brutal Legend, coming this rOctober from EA. 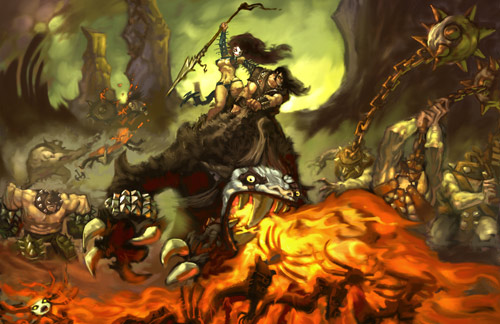