A Week in the Life of The Sims 3

The Sims 3 is the latest standalone expansion for The Sims 2 from Maxis and EA. It includes many new features: a major overhaul of the graphics engine, AI improvements, a more robust home-builder, and an elaborate upgrade to the interaction menus. It is so much better than The Sims 2 it almost had me fooled into believing this was an entirely new game. Ah, well, that's not possible.

Even though it's not a new game, The Sims 3 provides an entire arsenal of new and elaborate ways to torture Sims. I had no choice. My conscience forced me to subject myself to another week-long play through. I was so thorough it took two weeks in the game instead of one.

I began by building my protagonist in the Sim-maker. Although the default editor does not seem to permit the insane grotesques of The Sims 2, the wide range of new options do allow you to create some gruesome characters. Duke Flare turned out looking a bit like an elderly Crispin Glover crossed with an obese lobster. This is what record executives look like on the 6th layer of hell. The new Traits system allows you to select up to five different facets of your Sim's personality. Duke was brave, charismatic, a daredevil, and a good kisser. 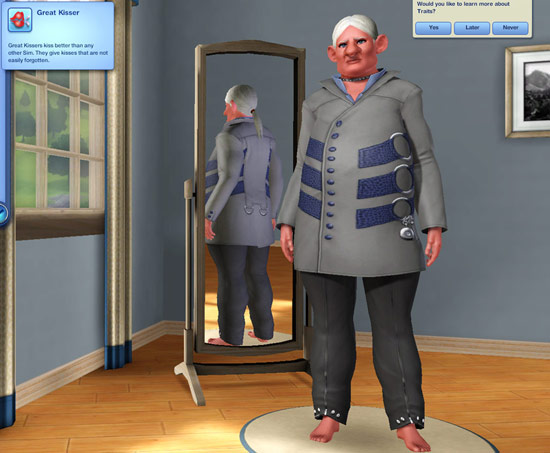 Duke needed a companion. Someone he could turn to when the going got tough. Thus was born a wisp of a woman with an alluring countenance and the exotic name FIFASOCCCER RULES. She was no empty-headed trollop; FIFASOCCCER was an equal. One with the evil Trait. 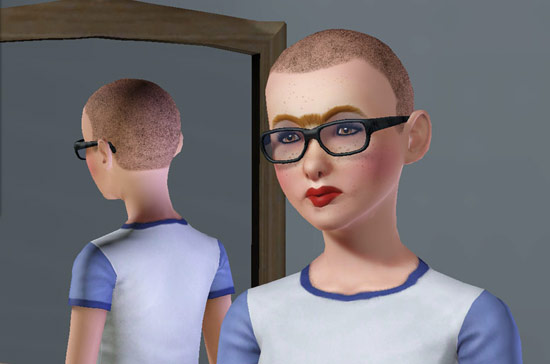 The duo made a great family unit. 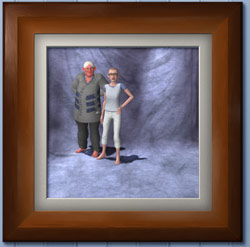 The only detail the remained was to decide their relationship. Duke struck me as wise enough not to let FIFASOCCCER get away. 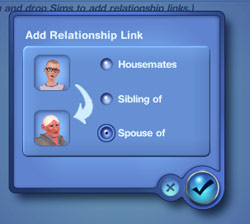