The Emmys are for Idiots ...

The nominees and winners for Outstanding Drama Series point out another funny thing about the Emmy awards: their commitment to the same people and shows over and over. You can tell when they occasionally put a foot wrong, and it must be mortifying for the people who determine the nominations. Look at 2007: they had Heroes on there. Heroes. Dogshit with words.

Even in the allegedly "not-shitty" first season it was still Cardboard X-Men portentously narrated by that Indian dude. Every speech sounded like one of those opening monologues from an X-Files episode midway through its series run, only if it were written not by creator Chris Carter but by Cris Carter, Hall of Fame candidate and former wide receiver for the Minnesota Vikings. (Even if you never saw the show, you know the kind of speeches I'm talking about: meditations on the nature of Man and The Universe that you last heard while dropping acid in a room with a black light and lots of illustrations on the wall made in Woolite.) Can you imagine how embarrassed the Emmy Powers That Be felt when they got a look at that second season?

In fact, the Emmy people have to be wary about almost any decision, because they get blasted when they change their minds proactively. When LOST took a dip in quality during a creatively aimless second season, it didn't get nominated again, which made tons of fans and neutral observers dismiss the Emmys as irrelevant and silly. How could the show that won the year before suddenly not get nominated a year later? The simple answer was that it stopped being as good.

What they should have been asking was why 24 (i.e. The Wandering-Plot Talking Gruffly Torture Video Game) got nominated a fucking fifth time or why Grey's Anatomy (i.e. Clumsy White Lovemaking to a Snow Patrol Album) got nominated at all. Instead, people were outraged by the prospect that quality can change from year to year, which is why - maybe one annual change aside - the Emmy committee nominates the same people and shows until the shows go off the air. 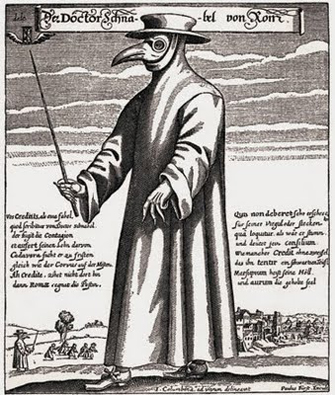 Helen Hunt as depicted in an illustration by her agent hailing her work on Mad About You (1340-1772). The promotional packet warns that Emmy voters who choose to honor another actress will erupt in boils and be quarantined in some place where Paul Reiser is audible.

We reached the apotheosis of this last condition in the 1990s, when Helen Hunt was nominated for seven straight years and won four years in a row for Mad About You. I briefly went over the show here, but I barely mentioned Hunt because I can't really think of anything she does that amounts to acting. She leans her head forward beakily, arches her eyebrows and looks beakily sad, then beakily questioning, then she sort of laughs with beaky resignation. I'm not saying that doesn't have its place, but I for the most part I think that place is The Big Bird Came to Life as a Human and Then Was Sad, Confused and Then, Awwwww, Tolerant of Her Nebbishy Jewish Bird Husband Story.

I don't think the Emmy Powers That Be Are especially stupid; I just think they're cowards. Once they decided Hunt was good enough to merit a nomination, it felt foolish to go back on that. Once she got many nominations, it felt foolish to not let her win. Once she won, it was foolish not to let her win again for the exact same performances. This explains why Tony Shalhoub won multiple Emmys and why Mariska Hargitay netted several nominations (and one win), years in a row, despite starring in procedurals that turned them both into by-the-numbers characters year in and year out with only limited time per episode to "emote" outside of responses to the beats of the whodunit. They were safe bets, because the two-dimensional pictures didn't change much. (Although admittedly Shalhoub got much more to work with, with his token emotional/"meaningful" episodes.)

Probably nothing illustrates this hidebound commitment to "safe" staple actors, shows, networks and creative formats that the two biggest oversights of the past 20 years. Despite numerous critics naming it the greatest TV show of the 20th century, The Simpsons was never even nominated for Outstanding Comedy Series, instead being safely relegated to the animation category so as not to offend people committed to the high art of three-camera laugh-track garbage and relentless dick jokes. From 1992-1997 - during the "classic" run of the show, when its writers produced some of the finest comedy ever recorded and created the common cultural text for a couple generations - Brooklyn Bridge, Home Improvement, Mad About You, Friends and 3rd Rock from the Sun all received nominations. Emmy officials refused to allow The Simpsons to even compete in the Outstanding Comedy category.

The second oversight seems less egregious simply by dint of the show's running for 15 fewer seasons. However, despite being widely considered the greatest drama ever written and the most important fictional TV show ever made, five seasons and over 30 "regular" characters from The Wire netted a grand total of two nominations. 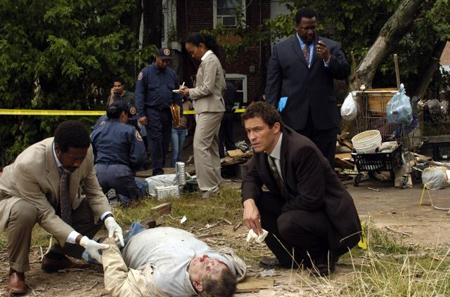 In 2006, this show wasn't even nominated for Outstanding Drama. The winner, Captain Guantanamo!, was about a man who makes a living doing voiceovers for phone-sex lines torturing and murdering Arabs to get close to the president and murder him with the frozen head of his dead retarded daughter -- all to finally lift the curse that prevents him from sleeping.

At this point, the Emmys really seem much more like one of those "Employee of the Month"-type honors bestowed by an employer in the absence of any discernible criteria and in lieu of real or satisfying compensation. You know that they have little bearing on performance and thus also have little indicator of future performance. Once given, they can be given a dozen times or never again, and it affects almost nothing in terms of careers or compensation. They're the polite fiction that only the nakedly careerist wholly buy into, entirely missing the point that at least part of the reason why authority bestows awards on the basis of abstracted standards is to reinforce the understanding that it has the power to pick abstracted standards and reward people for pretending that they're real things.

Still, you kind of hope that you win one at least once - or, if not you, one of either the least odious or genuinely quietly excellent other people in the office. (Except Steve Carell, who will apparently never win anything.) It's a strange feature of the human animal that we like recognition even when we understand that the means of recognition are effectively bullshit. Somehow, we also get angry when something without much credibility still fails to acknowledge us. Perhaps it's because something with no institutional credibility has nothing to lose by just saying to hell with it and honoring us anyway. These conflicting reactions, between having no esteem for the process and wanting the benefits anyway, manage to create a lot of easy fascination. Like office awards, like all pointless things, somehow this makes the Primetime Emmys even more fit for time-wasting over-analysis.

In that spirit, please check in with my blog for parts two and three, which go into more detail about how the 2010 Primetime Emmy Awards were just as nonsensical and terrible as any other year.