We're all familiar with urban legends: those time-honored, hand-me-down myths about killers in the backseat, spiders in hairdos and phone calls from inside the house. But for every popular urban legend, there are several others that have never taken off. Let's look at a few of these lesser-known tales. 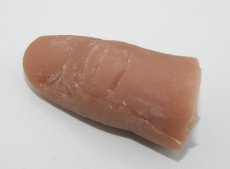 The Thumb Collector friends you on Facebook and posts links related to your interests. But beware: if you "like" one of his links, this deranged lunatic breaks into your house and amputates one of your thumbs - claiming you "gave" it to him by liking the link. You can get your stolen digit back by "unliking" the link, but then you have to watch the Thumb Collector sew it back on while frowning at you petulantly.

The Man You Literally Can't Call Late for Dinner

The Man You Literally Can't Call Late for Dinner was raised by an abusive stepfather who when his stepson was late at the dinner table would exclaim "you're late for dinner!" and then beat him mercilessly. Hearing the expression today gives the man a PTSD flashback, causing him to murder whoever says it and make a three-course meal from her or his remains. Ironically, he tries to warn his victims by telling them "call me anything but late for dinner," but most mistake his advice for a popular joke, worded the same way. 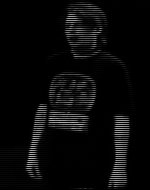 In 1994, a depressed inner-city teenager committed live suicide on his public-access gothic poetry show. His on-air death was witnessed by only two viewers - one of whom was his mother - but his spirit has gone on haunt thousands. Appearing on one's local channel at 3:13 AM, the Phantom Goth Poet addresses the viewer by name and recites a gothic poem predicting her or his death, which inevitably comes true within the next 24 hours. Supposedly, hidden within the last stanza of each poem is a riddle that if solved will annul the death curse; but due to the poems' horrible quality, no one has ever sat through one in its entirety.

The True Meaning of Blondie's "Rapture"

The rap solo in Blondie's 1981 single "Rapture" contains numerous references to eating cars, as in the stanza "and then you're in the man from mars / you go out at night, eatin' cars / you eat Cadillacs, Lincolns too / Mercuries and Subarus." Most people assume these lyrics are pure nonsense, but they actually refer to a short-lived and dangerous street game in 1980s New York. Known as "getting rapt," this contest involved smoking massive amounts of PCP and then attempting to eat the bumper off an abandoned car, with points awarded to whoever could do it the fastest. This game claimed dozens of lives, and left many inner-city teens with parts of car grills lodged in their mouths, which is why "grill" is now hip-hop slang for teeth.

With its bad acting, horrible editing, and nonexistent budget, Chester Novell Turner's cult classic Tales from the Quadead Zone, is regarded as one of the worst horror films of all time. But unbeknownst to most viewers, the version we've seen is not the one Turner intended to release. The original version of the film - shot with a modest budget and seasoned actors - was much more proficient, and reportedly so scary that it made a test audience die of fright from the opening credits alone. After being sued by the audience's families, Turner promised never to release the film; he shot a new version the next year, which due to his legal fees had much lower production values. However, one copy of the original Quadead Zone was leaked in 2005 when Turner's niece accidentally sold it at a yard sale. The tape is currently in circulation in underground circles, and rumored to cause death or insanity in anyone who watches it. It can be identified by its alternate cover art (in which the trademark skull is replaced by a drawing of Garfield the cat) and a mysterious voice that tells you not to watch it.