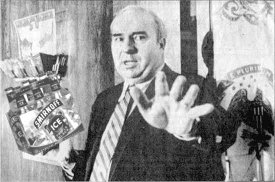 1772 BC - The Babylonian king Hammurabi decrees that any bro caught stealing a Smirnoff Ice must chug that Smirnoff Ice immediately or be ostracized by his brofriends. A variation of this law becomes the drinking game known as "icing."

33 AD - At the Last Supper, Jesus dips a sop in Smirnoff Ice and gives it to Judas, signaling his knowledge of his disciple's douchery.

1306 - During the English siege of Killdrummy Castle in Scotland, a bro bribed with "all the Smirnoff Ice he could carry" sets fire to his castle's grain stores. Upon learning of his treason, his bros make him drink all the ill-gotten Ice until he passes out, then draw dicks on his forehead in permanent marker.

July 13, 1793 - French broabuser Jean-Paul Marat is iced to death by bro ho Charlotte Corday, who hid a 30-rack of Cherry Lime in his bathtub.

April 14, 1912 - The RMS Titanic hits an iceberg, showering the deck with Smirnoff Ice bottles hidden inside the berg by broheims on the SS Californian.

December 6, 1917 - After being iced by his crew, the captain of the SS Mont Blanc crashes into the SS Imo, causing the Halifax Explosion.

January 15, 1919 - A two-million gallon tank at a Boston Smirnoff Ice factory explodes, flooding the nearby streets and icing an estimated 150 bros.

May 12, 1934 - President Franklin Broosevelt orders a large amount of Smirnoff Ice be dumped over the midwest to alleviate the dust bowl.

June 22, 1941 - After being iced by Broseph Goebbels, Adolph Hitler hoarks all over the Molotov-Ribbentrop pact, starting Russian-German agression in WWII. 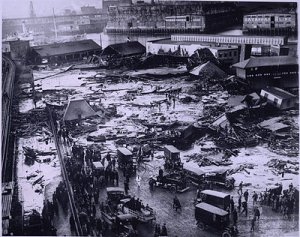 April 26, 1986 - An icing at Chernobyl Nuclear Power Plant gets out of hand when the iced bro ices two of his bros, who ice two of their bros, starting a chain reaction that spreads across a large portion of Europe.

June 5, 1989 - An unknown, severely iced bro wanders in front of a line of tanks during the Tiananmen Square massacre.

September 11, 2001 - Terrorists trying to ice the pilots of United Airlines flight 93 are ice-blocked by passengers.