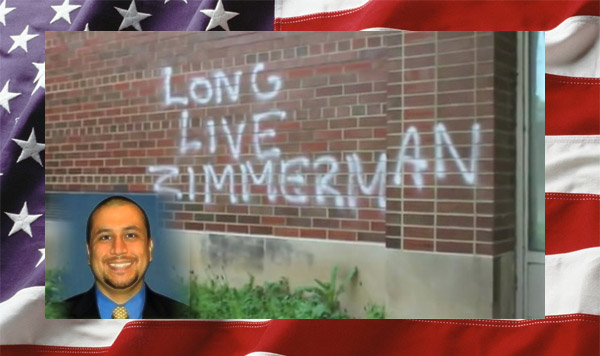 IT IS TIME TO STOP DIVIDING OUR COMMUNITY AND COME TOGETHER IN SUPPORT OF GEORGE!

On February 26th a brave night watch captain encountered a mysterious hooded traveler and an event happened that would forever change his life. His head and nose were brutalized by a savage attacker intent on killing George. He showed his gun to them as a warning and was told "Now you're dead, cheech. You're going to die this instant when I kill you. I hope you like Skittles in hell."

"TRAYVON DIDN'T GIVE GEORGE A CHOICE


NOW THE SYSTEM ISN'T GIVING HIM A CHOICE

As a result of what happened, and the unfortunate media response demonizing him on every channel other than Fox affiliates, night watch warrior George Zimmerman was forced to hide in fear of his life. He was targeted for attacks by the worldwide terror New Black Panther organization. 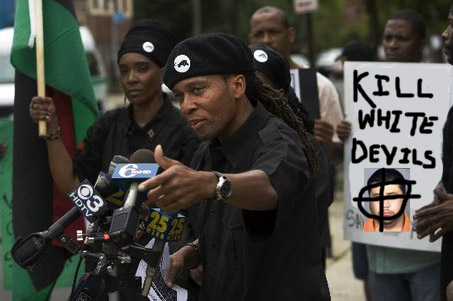 George could not go to Florsheim's to buy summer sandals. He had to hide somewhere too far away from a Trader Joe's to get the soda he liked and instead he had to spend like twice as much to get Whole Foods soda. He could not go into the Chipotle and pick whichever kind of meat looked better that day; he was forced to rely on the judgment of others in his family. He was a prisoner under arrest by public opinion for doing what any of us would do: protecting his community.

And now, in the most stomach-churning miscarriage of justice yet, he is a prisoner of the unjust, so-called justice system which has arrested him based on reverse racist mob rule for second degree murder. The irony of calling this "JUSTICE" is unreal. It couldn't be further from the truth of actual justice. It's a joke of justice. The Zimmerman family is not wealthy and so I am asking everyone to, please, contribute to George Zimmerman's legal defense fund:

If you cannot afford to donate money to George because of pain at the pump we ask you to consider one of several alternatives.