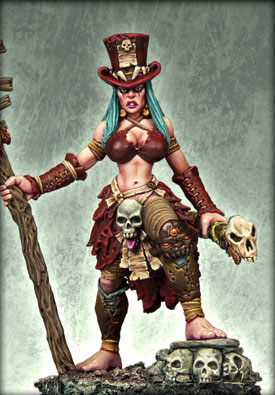 This sleeper from Enigma Miniatures came out of nowhere to seize one of the most hotly contested awards. There were over 800 entries in the witch boobs category and more than a quarter of them were naked boobs. Enigma managed to avoid using naked boobs and still win the award, an accomplishment that left naked boobs figures like Wyche's Bath and Witch and Succubus Embrace in the dust.

I haven't seen boobs this big on a miniature outside of a female ogre mage. It's a real technical achievement. I love the symbolism of the skull on the crotch. Like, you may want to hook it up with this babe because of her monster hooters, but she will kill you those voodoo boobs. Congratulations, Enigma!

Tom Baker Doctor Who from redgreen12 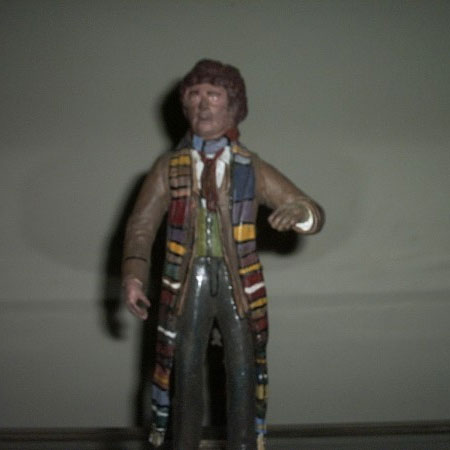 Lots of David Tennant and Eccleston this year, but I have to give the award to redgreen12 for his wonderfully understated Tom Baker Doctor. He has a dirty look to him and you can just see the outline of some goggles, as if he was in a dust storm or a coal mine. Whatever he's been up to, you can bet this Doctor has been around plenty of adventure. Top stuff, mateys.