Team Fortress to Ship With Everything

Congress Passes Law: Team Fortress Support To Be Shipped With Every Product In the Known Universe 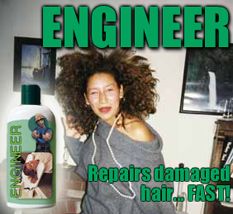 Washington, DC - A "Violence in Video Games" discussion between the Corporation To Exploit Everything on the Internet (CEEI) and the Mistakenly Informed Congressional Task Force (MICTF) recently decided to pass a law requiring every company in the entire universe to provide "Team Fortress" support for every product.

"We were in the process of making sweeping generalizations that lump every gamer into the same category as a couple violent case studies, when we suddenly noticed an ongoing and potentially profitable trend in popular video games," remarked Congressman and IPO junkie Ed Phillips. "After the release of every single popular first person shooter game, people flock by the thousands to start or support some kind of 'Team Fortress' modification. It led us to start thinking about requiring mandatory 'Team Fortress' support for all upcoming games, regardless if it's multiplayer. Then we decided to take that idea one step further and force every product everywhere to support a 'Team Fortress' modification. It's simply a natural progression of things."

Hardcore gamers across the world were overjoyed with the news, as the mere concept of being able to play in the same basic, blocky maps with the familiar, clichéd classes over and over and over again is remarkably exciting news for many hardcore groups of players.

"Yeah, I was like 'holy fucking shit, dude!'" commented Zach "snYp3r" Brisco. "I heard the news and brought down the console and everybody else on 'Wild Iggy's Hunt Da Pres Mayhem' server were like 'dude, that r00lz so hard!' It's about fucking time, man!" Hardcore TF gaming news site, Mega Ultra Universe of Team Fortress, ran a special report detailing the community's reaction in general.

A class based version of Minesweeper, to be released with WindowsME.

"The TF community is simply thrilled. We were originally limited to thinking of 'Team Fortress' ports to every single FPS game that will ever be invented, but Congress has opened up so many new doors to us now. We've already got mod teams lined up and preparing for Quake 5's release, which should have an engine good enough to faithfully and realistically reproduce the sniper's goofy hat. Look at it this way: if all this new technology keeps coming out, and we fall behind the times by failing to re-release the same mod with the same classes, we're letting down thousands of people who will have to resort to playing 'Team Fortress' on one of 140 other FPS games. Congress' new law will help us achieve our dream of seeing 2Forts across the globe, and caltrops in every house."

Industries throughout the world are racing to get their TF-inspired products out the door as fast as possible, hoping to cash in on the craze that has kept this mod alive for so long.

"To tell you the truth, I've always loved playing 'Dream Fortress'," remarked Larry Reynolds, CEO of Johnson and Johnson. "I liked it way back when not that many people were playing it, you know, back around 'Dream Fortress' for the classic FSP, 'Quaked 1'. That's why I decided to follow Congress' law and release early our 'Team Fortress Haircare Product Line', with a different shampoo and conditioner for every situation. For people with thin and light hair, we offer the 'Scout' line of shampoo. Other individuals who desire a richer, thicker lather may prefer the 'Heavy Weapons' cream rinse. With this large, class based system, there's something for everybody!"

Online apartment hunting firm "Apartment Search" also jumped on the bandwagon, setting up a special TF section of apartments on their website. Some included such features as "easily guardable entrance to underwater aqueduct system", "convenient placing of sentry turrets", "lots of exclusive sniping points", and "large, spacious closets which provide plenty of room to hide a flag carrier, even if he's one of those obese heavy weapons slobs." Although weapons are allowed (and even encouraged), camping is generally not permitted.

Floorplans from one of Apartment Search's many new TF-themed homes.

"We've been putting intense pressure on game developers to at least add 'Team Fortress' references into the names of all their games. For example, we originally requested that 'Unreal Tournament' be called 'Unreal Class Based Tournament', but Epic didn't want to go with that. We also tried to get 'Quake 3: Arena' to be called 'You'll Be Playing Team Fortress on This Game in a Matter of Months: Arena 3', but they weren't receptive to the idea either," commented Mega Ultra Universe of Team Fortress webmaster Alex Peters. "But now, Congress is doing all the work for us. I can't wait to see the 'Pyro' class in the upcoming 'Might and Magic 16: Betrayal in The Well'."

Of course, not everybody is happy with Congress' recent decision. Alan "Talisman" Willard, a designer at Epic, had some unflattering remarks regarding the Congressional mandate requiring him to "make and convert 'The Rock' for every game that ever comes out."

"I think it sucks. I personally hate the damn map, but I've been afraid to publicly say a word about it, under the fear that my family will be harmed by the pro-TF crowd. I made a negative comment once about the strategical flaws in this map, and next thing I know there's a death threat written on my bedroom wall with a nailgun. I guess the biggest problem I have to deal with now is how I'm going to put all those gay disco lights Cliffy wants into it."