Ruaholoajoiahaloloahoaey, Finland - After numerous failed press attempts to contact graphics card manufacturing firm BitBoyz, Shane Long, President and CEO of Bitboyz, held an exclusive press conference to announce a "killer" line of 62 new graphics cards to be released within the next three months.

"I am excited to announce the 'XXXBA' line of consumer-level graphics cards, each of which has at least 500 times the power of all the governmental supercomputers combined. These cards will take advantage of our newly acquired 'QRAM', as we've discovered that our current line of eDRAM is too slow and inferior, often only running games like 'Unreal Tournament' in 1600 x 1200 resolution at a paltry 429 frames per second. Then we moved to RRAM, URAM, and LARAM, but they weren't fast enough." When asked for a demonstration of the current line of cards, Long responded by saying, "I would, but I don't have one handy. I think I left the card in my hotel room. No wait, actually I accidentally left it behind at the airport's bar. I'll go back and get it later or something." He then proceeded to show off some very impressive graphs and diagrams, most of which look like they cost a lot to print up at Kinko's Copies.

"As you can see by this first chart, our Glaze Superion Infiniterion Pro Quad Delta Mark VII is more powerful than Jesus Christ. It is capable of performing more than 50 billion calculations per nanosecond, most of which involve some kind of really hard arithmetic like long division. WITH a remainder." Mr. Long then showed off a diagram which compared their upcoming video cards to all major political leaders, both alive and dead. Their card won every time.

The upcoming BitBoyz card will be 4.02x10^506 times more powerful than the nearest competition.

Gary Talbeese, a columnist for British online magazine "Overclockin' Gits", asked Long, "So whatever happened to the Glaze 3D line of cards we've been promised for the past six years? Are we ever going to see those?"

"Ah yes, Gary Talbeese, my old nemesis. Don't you remember the product demonstration I personally gave you yesterday? Of the Glaze 3D video card? The one you said was excellent?" Mr. Long then began to dangle a pendulum before Talbeese's face, and he began to speak in a slow, monotone voice. "Remember? You... thought... the Glaze3D... was... excellent..."

"YES MASTER, I WAS IMPRESSED BY THE RAW POWER OF THE GLAZE 3D. XBA TECHNOLOGY IS TRULY THE WAY OF THE FUTURE. ALL HAIL GLAZE 3D," Gary replied while lumbering out of his seat and slowly leaving the conference room. We were later told the Police found him crouched in a gutter of an alleyway, mumbling something about mummies and tanks. 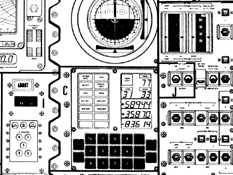 This diagram is proof that there is actually a card. I mean, if there wasn't a video card, how could we have this diagram? Huh?

"Our upcoming line of 62 new Glaze Superion Infiniterion Pro Quad Delta Mark VII cards will appease every single consumer out there, from the businessman to the hardcore gamer. They will also come in different colors to match your computer case. They will be able to detect what mood you're in, and change accordingly. Some of the cards will have 'Smart Technology', allowing them to determine if you're about to lose in a particular game, and then adjusting the difficulty accordingly. Our 'Performance Line' of cards will feature incredible 'Next Gen' special effects. nVidia and 3DFX may be promoting their inferior 'Full Screen Anti-aliasing' technology, but our cards will be the first to ever have '5-Mile Radius Anti-aliasing' technology. Not only will it smooth out the jaggies on your screen, but it will alias everybody elses's computer games within the surrounding five miles. It will also support 'Force Feedback Viewing' and 'The Atomic Discombobulator'."

Long finished up the press conference by presenting the audience with a myriad of new charts, most of which had a few words we could understand. One of the charts was very glossy and had a lot of red in it. When a reporter attempted to ask Long when the projected release date for the Glaze3D cards was, he responded by vanishing in a cloud of smoke, cackling evilly.