The ultra-popularity of vampires in contemporary pop-culture and the diminished interest in the current incarnation of White Wolf's Vampire role playing game is a testament to how utterly White Wolf ruined their franchise. In the 1990s they were a juggernaut, releasing approximately two million splat books and character books and weird, pointless, ultra-pretentious art-fiction with poetry and homoerotic bondage illustrations. People loved that stuff, so we return once again to the heyday of Vampire to "celebrate" some of the terrible artwork of its popular years. To quote the first installment: "To call Vampire's art overwrought is to miss the entire point of the game. There's no such thing as 'too wrought' in Vampire." 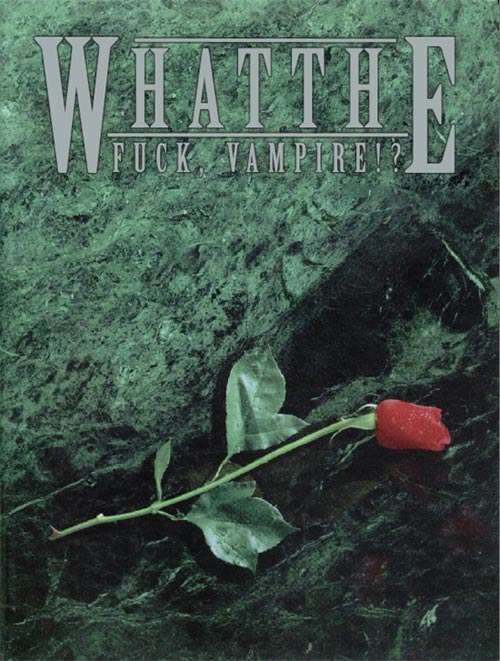 Steve: You're not going to win this one. Last time you bullied me into being mean about Vampire, but I read all about cyberbullying and it has GOT.TO.STOP.

Zack: I didn't bully you into anything. The venom is expressed naturally from looking at Vampire artwork.

Zack: This isn't about you and Rick Rock, Steve. I totally respect your life choices. This is about the questionable artwork of Vampire.

Steve: The thing I loved most about Rick Rock was that he could have fun, let his hair down and party as a drummer, but then when time came to get serious and enter the intrigues of the deep political game of Vampire he always had karate to fall back on.

Zack: In Vampire many negotiations are settled with either swords or shotguns shooting fireball rounds. It's called "storytelling."

Steve: The dungeons and the dragons are in our mind.

Zack: There's no monster manual, just look in the mirror because we're the monsters.