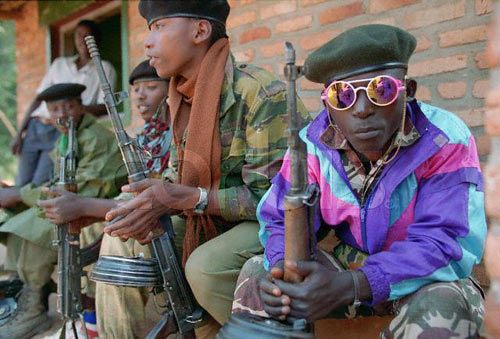 Why the M9? Plus 1911 Update! - Because you can never have enough safety features on a combat arm. Soldiers are just like children, yanno!

Police Shooting In Seattle - After much worry and trepidation it turns out the man dressed in WWII Era garb that was shot was not Cyrano, Mikerock or Miso Beno.

Fire in the Hole (signal cannon thread) - Cap'n Dan and The SCurvy Crew would surely approve of this thread.

Your predictions/expectations for SHOT 2009 trade-show? - I predict a bunch of sweaty overweight white men will gather in Florida, where they will trade swag and generally wave their penises at each other. Then they will proceed to take photos of their white male friends standing next to a scantily clad corporate barfly while holding whatever overpriced conceptual murdercanon tickles their fancy that day. Misogyny will abound for sure.