i signed up for grandcentral today and got a number that ends in 1701. - *ring ring* uss enterprise, kirk speaking... what's that?... you say my shirt look like a dishrag?... who is this?!... *checks caller id* KHAAAAAN

Indiana Jones and the Spoiler Filled Thread After you've gone to see the latest Indiana Jones movie come here and discuss how much it sucks. Aliens? Please that's too far out for a series in which the main character has found the Ark of the Covenant, the Holy Grail and fought a dude who could pull your heart out of your chest while you're still alive.

Indiana Jones and the Kingdom of the Crystal Skull - Spoiler Free After Pg 36! If you HAVEN'T seen the new Indiana Jones movie, go here to find out all the information you want without having to deal with pesky spoilers.

Nic Cage and Werner Herzog to remake Bad Lieutenant I wonder if Nic Cage will run around with his gizmo hanging out in this remake. Uh, this is the movie where people ended up seeing Harvey Keitel's junk whether they wanted to or not, right?

The 'Identify A Movie For Me' Thread 2 - Identify Harder Okay, this one is a little hard but I remember seeing this movie once where there were these four and they ended up having superpowers. Then the four of them run around and become superheroes and fight this one guy who's trying to doom them all. I think it was X-Men.

TCC is having a baaad trip man Doo doo do do do DRUGS!
"The concept of an aura is real. If you look at the scientific community (I think the specialists are parascientists or something. Example: Psychologists studying mediums/psychics), it's pretty well accepted that people give off an "aura"."

Doo do do do DRUGS!

"lol I've had a whole spectrum of experiences and responses to this. I'd argue that all have shaped me for the better, but until I learned to learn from negative experience/examples, they had their emotional toll on me.

*this is not meant to sound condescending. Don't attack me. The thread is peaceful. Lets keep it that way and move forward*

A lot of people I surround myself with (it's a weird thing, humans have the ability to "select" the people they surround themselves by. Choosing to be around negative people has proved to have very drastic consequences over a long term.) tend to 'believe' in me after seeing me in action. I haven't even talked in this thread about my automatic writing (call it a spirit guide or call me crazy), remote viewing (that's been proven outside my head by the people I've seen at the time), repeating people's internal monologues ("Did you just say 'sdfsdf' in your head?' 'O.O, Holy shit!'), etc etc. Theres a lifetime of experiences I wish I could communicate with all of you, but I simply can't. You dont have to believe in me. It just troubles me to be so eagerly attacked. I guess I need to stop assigning threads over the internet with such personal intent. Although, I find solace in thinking presenting some of my views with the intent to absorb some of yours has put people on a more positive path. I suppose that's completely dependent on their ability to listen... or my ability to communicate (which I'm working on, as well.
Thanks for the practice, TCC!)" 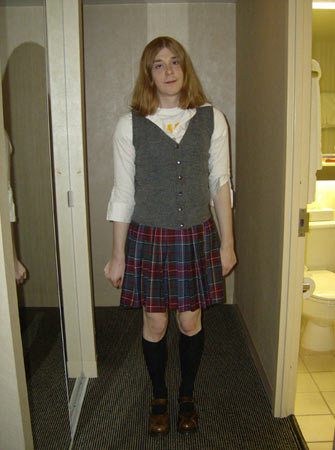 Why who's this pretty young lady? Wait, you mean its actually a guy? No, really?

goons eat The first rule of goon eats club? YOU DO NOT TALK ABOUT GOON EATS CLUB. For the second through 431st rule check out dis thread. Ignore the very first quote in the OP though, it tain't real.

Deep Hurting needs to grow a pair Deep Hurting draws political cartoons, he has also never known the touch of a woman and he's not afraid to let you know this fact. He also won't shut up about how he is an utterly brilliant cartoonist that can't get a job to save his life. Which I guess means that he isn't quite as good as he thought he was.