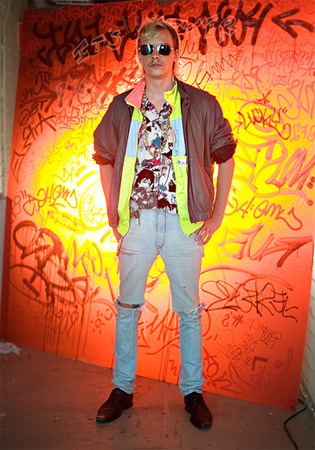 The Pimp in the Apartment Below Me Returns (To Jail) - Do not pass Go, do not collect $200 from your bitches.

Life in rural South Africa - Girl, you're worth a hundred cows, and don't let anyone tell you otherwise.

"Honest and sincere" prisoners need your mail. Now with offense search. - I dated an ex-con once. The date ended badly after the server asked how madame would prefer her tossed salad.

I went to Antarctica - A team of scientists is dispatched to a small island off the coast of Antarctica to investigate a mysterious heat bloom below the surface. What they find is an ancient temple that predates human civilization, filled with secrets... and danger.

"The Big O": a novel (NWS) - There aren't any dirty pictures, just scans of the pages. With gems like: She looks down hurriedly and sees the cotton fabric of her skirt beginning to soil. "Oh darn," she thinks.

The ridiculous aircraft thread! - Miatas of the sky. What were those dumbassed Engineers thinking? 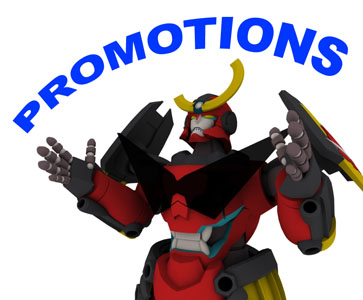 Bamboo Blade - Swordfights for Sushi - To beat someone up is very enjoyable.

Gundam 00: Waging the war for peace. - Forever to be known only as Gundam show #12145 that was made for to space out the second season of Code Geass. Nothing like protesting war with over the top giant robots.

Great Gurren Brigade Stickers - Now on sale! - Sadly, this is all ADTRW can do to ease the pain of Gurren-Lagann being over.

~*~ FYAD ~*~
Reppin': DocEvil (me. thats me. im him.)
"FYAD is the cool place to hang out. You can find most of the cool people there. In FYAD you can just chill and do whatever and totally relax. "Take it easy" is the FYAD motto, for example, that's how laid back it is there. Show up if you want to have a good time. Another good reason to show up is if you want to hang out with friends." - C. Cardigan

I need info on Zybourne Clock, everything you've got - The Zybourne Clock is the hot new game coming to you from the brilliant goon minds at the SA Forums. Look for it in stores the summer of 200never!

IF YOU LIKE DRAGON BALL Z CLICK THIS THREAD!!! CLICK IT RIGHT NOW!!!!!!!!!! - There is a sweet illustration of Goku's dick in here. I'm including it because I love Goku's dick.

lmao that gross fat guy ate 5 double cheesburgers like i did that time - One time I posted an article about "burgin" and for research I ate 5 McDonalds double cheeseburgers. It took me about 2 hours. Here's a video of a dude doing the same feat in like 8 minutes.

i saw the funniest possible art installation - Mom lied to me, God`s not real.

this is my new favorite venn diagram - "Bitches ain't shit but hoes and tricks" means that bitches do not exist within "shit" (the world) except where the terms ho and trick intersect. THIS I MAINTAIN.