Monday, Nov 19, 2007 by Jon "@fart" Hendren (@fart)
~*~ BYOB ~*~
Reppin': CaptainWinky
BYOB is all about maxin' and relaxin'. Attempt any other activities and you will quickly find yourself at the wrong end of an angry nerd's keyboard! It's blue and all you're supposed to do is chill with your friends, making it almost exactly like being trapped in a collapsed igloo with the math team. 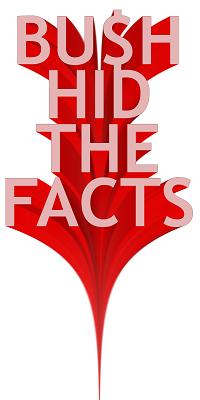 CHIEF SMACKABITCH POST TATTOO - Tats, yes tats. I've got a lil' "ink" if you know what I mean. It's the Triforce on one breast and a stylized Jim/Pam kissing on the other. This is me. Check me out. I'm a work of art and you're a work of fart.

Post Pictures of unlikely friendships ITT - Steven Seagal is friend to no man. His carefully practiced stoic expression hides a wellspring of hatred. Do you dare to try his kicks and punches? Mess one up, even by a millimeter or a millisecond, and he'll find you.

Americans: Fat, Dumb & Happy - GEORGE. DUBYA. BUSH. Make that Shrub. That's right, it's a synonym and now his name is wrong. The government better step back and take notice because synonyms are synonymous with oil.

mothafuckas act like u forgot about dre - Listen to my BYOB rhyme.

Posting in the 'yob, shoutin hurf de durf
Are you from another planet, well welcome to earf
Chillin' like a villain cause that's how we roll
Got Buddy's avatar on my bowl 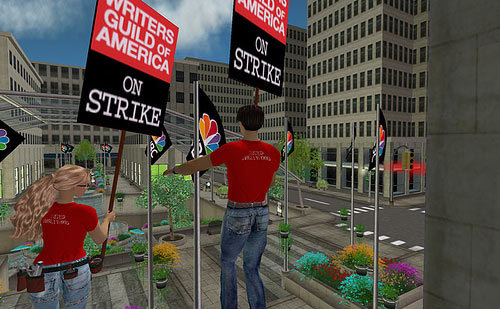 Writers Guild of America strike - The start of our long national nightmare (page 17 onward) - The strike is still going on??? WTF. If you've been following strike news, you might have probably seen these already, but there's some YouTube videos featuring Daily Show writers, Colbert Report writers, The Office writers, Seth MacFarlane (Family Guy, American Dad, Things That Talk That Aren't Supposed To) and blogs/articles from Joss Whedon (Buffy, Firefly, I Love Lucy) and The Late Show writers linked in this thread that are definitely worth checking out. It's up to you to find them all.

New Episodes of 30 Rock and SNL To Continue ... On Stage - Not even a writer's strike will stop the Not Ready For Prime Time Players from performing shitty sketches.

The Office - "The Deposition" at 9 / Strike Hiatus Thread - Man what a downer. An awfully bleak episode, the fact that this is the last episode for a while, and a decrease in the amount of people posting. On the bright side, JGTheSpy's constant bellyaching has come to an end, now that administrator Fistgrrl has threatened to ban him if he posts in any more Office threads.

Dirty Sexy Money - What if Arrested Development was a drama instead of a comedy? It would be Dallas.

Sunny In Philadelphia Season 3 (page 18 onward) - It's Always Sunny in Philadelphia concludes its third season by being as funny as ever which means it wasnt funny at all. Just Kidding I love this show