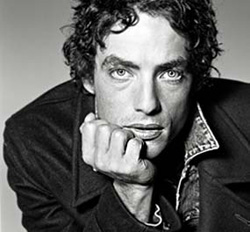 Your own father has publicly trashed your music. He knew that all he had to do was say, "I am Bob Dylan, yes, but my son Jakob also makes great music," and your career would have had infinite validity. But instead of playing the provider and helping you squeeze into the music business, he cracked the critic whip on your music and called it candy-coated hokum. Congratulations, dude. You came out of Bob Dylan's nutsack and couldn't even get Bob Dylan to keep quiet about you. He couldn't hold it back. He had to go on a public terror. It's like 50 Cent vs. Rick Ross, except way worse, and it should be studied by professional psychologists all over the world.

My dad would never do that. Because we have a stronger, more superior family than you off-key motherfuckers.

U2 and/or Radiohead and/or Coldplay and/or Jay-Z

I find it difficult to differentiate between these 4 bands. But here is a brief run through their intertwining histories:

U2 spearheaded the corporate arena rock movement of the '80s, but Bono (front man) tainted their legacy by diverting too much attention to Africa, a planet that scientists have proven could never sustain living creatures. In fact, it was recently demoted from being an actual planet to being a really big dwarf planet.

So while U2 lost their arena-rock footing in the '90s, victimized by their own demonic version of Scientology, Radiohead slipped the music journalism world of America an ambient, electro-pop mickey and took over. Thom Yorke began whining and musing about loneliness and government.

Almost instantly, Jay-Z, the American version of the American version of the British version of U2, stepped in, and things are still under his control. Secretaries and human resources workers with names like "Linda" and "Tanya" and "Sanya" and "Sonya" and "Tony", all over America, in adorable peacoats, fell in love with his version of the corporate arena rock movement. On any given Friday, you can find 40+ women at T.G.I.F.'s, sipping Volcano Deluxe Cosmos and Virgin Jolly Rancher Martinis, throwing the diamond sign in the air and singing "New Yooooork!" Most of them are from places like Plano, Texas; Cleveland, Ohio; or Leawood, Kansas.

Have you ever wiped the AIDS off your toilet seat with an S.O.S. pad and then swallowed it? If so, did you immediately gargle battery acid, eat a plastic cactus you purchased at CVS, dress yourself up in a hot pink sports coat and slacks, soak your hair in catheter-lubricating petroleum jelly, then sit at a piano and sing about birds, yoga, juju beads and lavender-scented lotions?

Then you are John Legend. 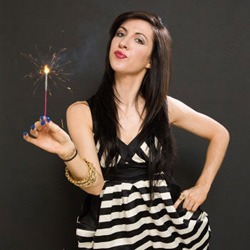 We all remember her: The chick who didn't arrive to school until 9:30 am, smelling of her step-dad's Marlboro Reds cigarettes, dressed in a Members Only jacket that had what appeared to be pillow stuffing spilling out of a rip in the back. We weren't quite ready to explore the idea of sexual encounters, because we were only in third grade, but she was very vocal about her exploits with her 29-year-old boyfriend. She had dark circles around her eyes, looking like Nosferatu mixed with Nolan Ryan mixed with a dead, floating carcass.

She ended up finding her identity in the hipster sex-rap world, appearing on songs like "Put That Pussy On Me," where she raps about, quite literally, putting her pussy on you. Which is a very strange idea. Have you ever had someone say, "Hey, let me put this maggot-infested dead squirrel on your forearm"? Needless to say, her hipbones look like deer antlers trying to burst through a vacuum bag.

Check her out, her name is Amanda Blank. She raps about fuckin'.

To check out Mac Lethal's music or to send him a message about collaborating on a track, visit him here.