Hill Valley's Skitching Problem is Out of Control 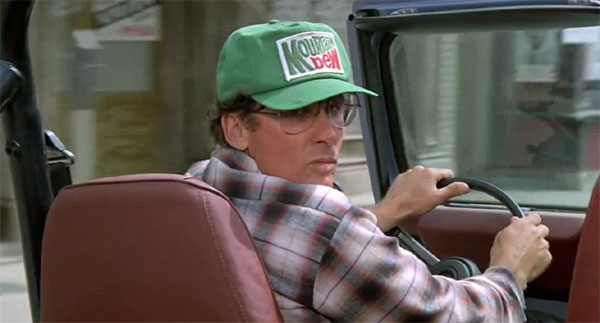 People of the Hill Valley City Council, I think we can all agree this sleepy little town has been through a lot lately. After those Libyan terrorists turned the JC Penney wing of our Lone Pine Mall into a smoldering crater of exploded ladieswear, I never thought those charred blouse remnants would stop raining from the sky like polyester napalm. What they call "an act of retaliation" we may never fully understand. Three days later, the sun finally shines again -- but this isn't a time to celebrate, as its light now illuminates a more insidious problem: skitching.

Ladies and gentlemen, I'm a simple man. In case you couldn't tell by the hat, all I need to be content is a refreshing glass of Mountain Dew over breakfast: room temperature, no ice -- really gives me the calories I need to start my day, seeing as Hungry Man went and replaced mashed potatoes with baked beans in their Lumberjack's Frozen Breakfast. In fact, I use the power of Dew at every meal to rejuvenate my life after a divorce many of you have called "catastrophic" and "a violation of several noise ordinances." Even bought a sexy powder-blue jeep with red pleather seats to let all the single ladies out there know I'm no longer spoken for thanks to the siren song of radiology school. Of course, I can't quite work this wedding band off of my finger at the moment, but if that Jazzercise class flier is correct, I'll soon be getting in shape and making new adult friends, all for the price of a form-fitting singlet.

So I think you can understand a man fueled by corn syrup and the promise of a new day can suffer problems greater than his bedside Dew cooler going dry at 6 AM. How about two hours later, when I'm cruising down to my court-mandated anger management class -- Mondays, Tuesdays, Thursdays, and Fridays -- and I hear the grimy slap of a teen's hand on my rollbar? Not a day goes by when some wily delinquent "skate-hitches" onto my ride, and from what I understand from local police enforcement, trying to murder them with clever driving tactics would legally be considered "murder." 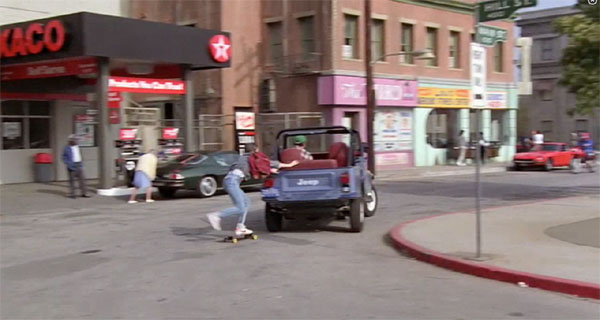 Countless times I've proposed we bring in land developers to replace our youth centers, video arcades, and local high school with parking lots, in order to keep teens in their houses, where they belong, but those thugs in the teacher's union leveraged their political power over average Jeep-driving Joes like me. Is this democracy? Is this the country I grew up in? Because during my "Mornings in America," I can't seem to get teens wearing upwards of four layers out of my rear-view mirror. Though, to be fair, they're probably just preparing their bodies for me playfully bucking them off onto the median strip, which I'm told would only be manslaughter if fatal.

My fellow citizens, my second chance at happiness will only be found in the Jeep lifestyle, and I refuse to change just because of our skitch-happy youth population. I would like to propose that we delay the start of the school day until at least 10:30 AM, since by then I will have returned to my new studio apartment for several hours of meditation and Dew therapy. Conversely, we could reach out to the Pepsi corporation and install a Mountain Dew machine on every street corner, which would give our city's teens the sweet, green-flavored fuel that keeps my internal clock running so fast I often have to blast Huey Lewis and the News just to drown out the sound of my own heartbeat. And those sharp, stabbing, kidney pains keep me on my guard and gave me the award-winning posture you see before you.

I don't mean to alarm anyone with inflammatory language, but this skitching epidemic is a real Pearl Harbor of a Holocaust. And until I'm no longer fined for hiring our town's one homeless person to pry young fingers from a moving tailgate, justice has not been served. In closing, I hope to see some of you council members at the informal speed dating event down at the Burger King this Saturday night. Until the arraignment, my life is an open book.