Coming Out Of Your Shell

Before we get started, I'd like to thank Andrew "Garbage Day" Miller for making the terrible mistake of entrusting me with this week's update. I would also like to ask you to check out tomorrow's front page for something special.

If you have more than a passing interest in music, chances are that your varied tastes can be traced back to a single album. Coming along at the right time in your life, it compelled you to seek out music with common elements, taking chances on artists that would have otherwise flown under your radar.

Take a moment, if you will. Think about the album that started it all for you.

Before the Talking Heads, The Clash, Otis Redding and Sleater-Kinney became the pillars of my wobbly musical gazebo, I heard Nirvana's Bleach for the first time and fell in love. From that point on I felt that technical proficiency and perfect production are meaningless if music doesn't feel organic and convey a genuine emotion, even if that emotion is a desire for alcohol or a dislike of being raped and murdered by a barber.

Now try to picture the last album you bought before you started caring. Was it some truly repugnant shit, or something so bland that it completely escapes your memory? If the latter is true, consider yourself lucky.

Mine was Coming Out Of Their Shells by the Teenage Mutant Ninja Turtles, purchased with tremendous enthusiasm at Pizza Hut and listened to so many times that in those quiet moments when I'm trying to think of something creative or profound to write about, the following lyrics still run through my head:

A lettuce leaf and a carrot
Maybe a seed from a parrot
Believe me when I tell you
The word 'gourmet' just don't exist!

That was, of course, from the hit single "Pizza Power", a song so enormously popular across all demographics that it was licensed for use in the arcade game Teenage Mutant Ninja Turtles: Turtles In Time. 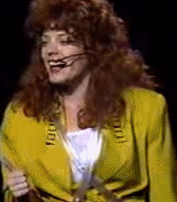 Sure, the album was for kids, but that doesn't lessen the impact of its magical stupidity. For instance, April O'Neil had a ballad. The title of that song? "April Ballad".

The lyrics open a window into the soul of a television reporter in a yellow jumpsuit:

April wasn't the only non-amphibian to have a moment in the spotlight. In "Skipping Stones", master Splinter ruminates at length on the act of throwing rocks at water. Although the giant rat's speaking voice is usually wisened like Liam Neeson in Star Wars or Fallout 3, here Splinter's singing conjures the essence of a poor man's Bryan Adams.

"The search for happiness, reaching for peace of mind," Splinter croons over the music from Cyndi Lauper's "Time After Time" as performed by someone in the process of figuring out a Casio keyboard, "hoping that something more than stones is what we'll find".

The turtles themselves demonstrated incredible range, performing terrible music in a number of genres. In addition to the saxophone-driven power rock of "Pizza Power" there's rap:

And even a little surf:

The best song, however, isn't even on the album. In live performances of the actual your-parents-are-paying-so-you-can-see-this tour, the turtles' arch-enemy Shredder dances awkwardly and pretends to play a set of turntables as he lays down an epic rap, "I Hate Music".

Remember when I babbled about music that conveys something genuine? "I Hate Music" is the only song of the bunch that pulls that off, and it's safe to assume that its message is the driving force behind the entire Coming Out Of Their Shells experience.

The whole album was calculated, cheesy, and somehow managed to take itself way too seriously. That is to say, it was right at home with other popular songs of the time.

By the way, if you're wondering why Coming Out Of Their Shells was sold in Pizza Hut, I'll refer you to this commercial.