Stuff You Will Hate 4: In Space!

Sgt. D assigned Scene Girl yeahyouknowit to review classic hardcore records for the fruitier of his two blogs, and now he's letting her co-write his contributions here as well. Meanwhile, I confront these crappy videos the way I greet my accursed life every day, tragically alone. As usual, I sent Sgt. D a mix of stuff I might enjoy and shit I totally fucking despise, and he did the same -- it doesn't really matter, as long as we're sure the recipient(s) will hate it.

And Then There Were None, "Reinventing Robert Cohn"

Apparently there's a huge, unacknowledged market for Christian Auto-Tuned trancecore, just like there's a huge, unacknowledged market for Christian everything, because And Then There Were None's label approved this high-concept "space lovers" video, which would seem to entail more of a budget commitment than an obscure group from New Hampshire would justify. The clip includes that staticky effect that still happens in horror movies, even when they're depicting modern digital recordings that wouldn't actually glitch that way. Robert Cohn, founder of the company that commercialized voice mail, surely wouldn't stand for such junk technology. But it's more likely that the song's title references a character from Hemingway's The Son Also Rises. To paraphrase a line from that novel, And Then There Were None lost my interest in two ways: gradually (watched the video, became increasingly dismayed by the group's choreographed gyrations) and then suddenly (watched it again, but turned on the sound this time - fuck).

Back to the video: I wondered if the astronauts would attempt to kiss but forget to take off their helmets, then laugh awkwardly after bumping glass domes. When it became clear they were going to take off their helmets, I held out hope that they'd do so in an inhospitable atmosphere, causing their heads to explode immediately. That kind of twist really could have added a spark, especially given that they died anyway. Whatever, they're with Space Jesus now. -GD 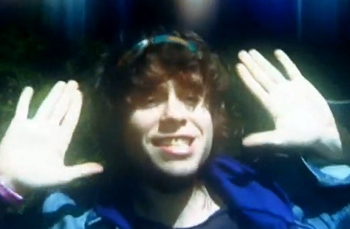 Hockey, "Too Fake"
File Hockey under "dance-punk," a bullshit subgenre that only exists because certain snobby, uptight fuckheads hate fun. Like shitty DJs who obsess over impressing other DJs with the obscure tracks they "spin," they live for the smug feeling of satisfaction they get by turning up their nose at anything popular with us "clueless mainstreamers." Yet despite having such elevated, refined tastes, these hipsters are still human. They want to get wasted and dance just like everyone else, only they are far too "sophisticated" to get down to Fergie, Daddy Yankee, Miley Cyrus or Hollywood Undead like normal people do. They prefer dance tracks that mirror themselves: overserious and boring.

Hockey gets played on alternative radio, which means they're already too "popular" for elitist hipsters. But they can only get so far with real people, who, after all, have actual fucking dance music to enjoy without reservation. That means this head-banded douche will spend the rest of his useless career stage-strutting at half-empty bars. -Sgt. D 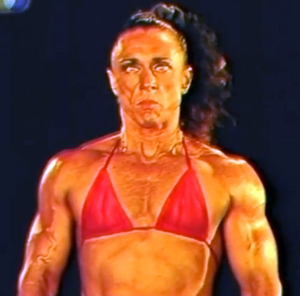 Good Shoes, "Under Control"
This transparent, ham-fisted attempt at "going viral" made me groan with unenthusiasm. Nobody likes a try-hard, especially when your big goal is to be the next two-day fad that gets passed from inbox to inbox by chunky secretaries who snort when they laugh and pin Lean Cuisine coupons on their cubicle walls. I'm sure your friends at "Artrocker" magazine told you this was "an amazing idea," but it barely elicited a yawn from me. Sorry dudes, "cynical exploitation of an eccentric group of hobbyists" just isn't enough to make you an overnight social-media sensation anymore.

In a few years, these guys will get tired of being broke, give up on being in a band and go back to working for their well-to-do parents in suburban London, where they'll play this video for every unfortunate asshole in the office. "You know, I was in a band before this," says the jerk from Good Shoes as he cues it up on Magic YouTube Robot 2017. And because he's "the boss' idiot son," he'll love every second of the halfhearted, forced laughs that follow as he looks up expectantly, wide-eyed and eager for positive reinforcement. Oh, and it should be noted that the concept for this video -- muscular women -- is the complete opposite of what the music communicates -- wimpy men. --Sgt. D