Tiesto Meets the Monster of Trance

Having listened to at least 50 new albums per week every week for the past 15 years, I have become lamentably knowledgeable about almost every last wretched music genre. However, I do have a couple blind spots. For example, I don't know much about Russian pop castratos, and I know almost nothing about trance. At my age, if I learn too much about a new musical form, I'll need to jettison something I already knew, and I don't want to risk forgetting some Xantotol song in order to familiarize myself with BT's discography. So I deputized my colleague Jesse "kingcobweb" Mason, a young man with memory to spare. However, while he set out to write a simple explanation/repudiation of trance, he returned with something more crucial, a work of great investigative import. 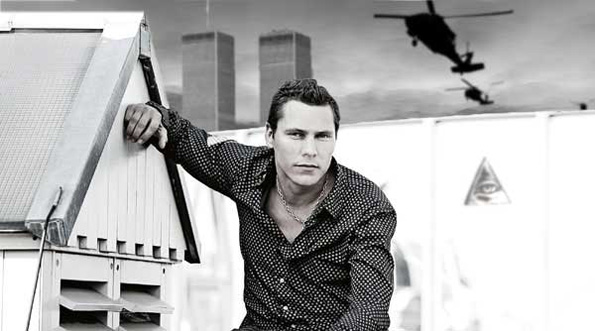 Tijs's plan was going to pay off. Finally, his revenge plot was going to come true. All it took was years and years of playing trance music, being the one who called himself "DJ Tiesto." He preferred "Tijs;" "Tiesto" was just a name some woman (not his true love, who had been shot) had come up with while making herself a drink in the morning. He sighed faintly and thought deeply, but he could not count the number of spiked hairdos that would no longer have hair gel put into them by their owners, because he had killed these people with the hairdos. It was for a greater good. He was finally getting to the bottom of the ravine of conspiracy. It was a spiraling pit. For a long time he could not see down it, but now he could see that there was a bottom.

What he had learned was that trance was a fascist conspiracy. He had played them, the people who run the trance conspiracy, by pretending to play along, but really he was not. He had amassed a large worshipful following that follows him everywhere, almost worshipfully. They go to his DJ gigs to see him do music things from very far away while he smiles smugly on the outside. On the inside he is not smiling at all. He is sad for all the people he has tricked, all the people who believe he is a genuine person. He has no idea what the controls in front of him do, but there are a lot of buttons and they light up when he is there. The music is also much too fast for him. I mean, he wasn't really in it for the music at this point or ever -- he just wanted revenge against the people who took the lives of his parents and destroyed all that he ever loved or will ever love -- but still, they could slow it down a little, maybe add some soul to it. He got the contact information of another DJ and tried to send him some music anonymously, so the DJ could hear the way Tijs believed trance should sound, but the DJ couldn't fit the big black disc into his CD player.

He ushered the pretty young girl out of his front door on this fateful morning. She is brunette and workmanlike in construction, but she could never replace Tijs's true love, who he lost so long ago. She was lost very tragically when she was shot. This is one reason Tijs will have his revenge, so that he can do extremely painful things to anyone who authorized this attack, and maybe some people who didn't authorize it but knew about it, unless they had a really good reason for knowing about it but not stopping it, like they had a family at home of their own to help or maybe they were getting revenge too, but otherwise Tijs would be mostly somewhat merciless. 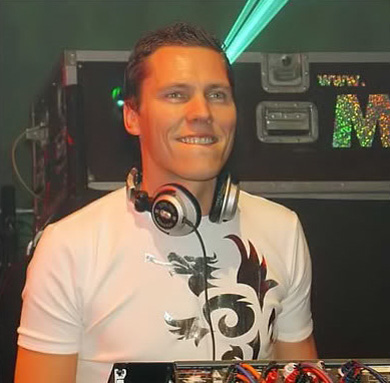 "On the inside, he is not smiling at all."

Today was an important day because Tijs would be meeting a man who was pretty close to the center of the conspiracy, the very conspiracy currently being discussed. The conspiracy was beautifully simple in that it was a massive undertaking by a huge number of people, but they had kept it together well and were quite proud of the work they'd achieved, even if they weren't really all for the end goals of the fascist takeover of the world, because it was good work and if it didn't work out they could call it something else on their résumé. These people had decided that electronic music was potentially useful for something other than selling new brands of mops, but that it would be much easier to sell this sort of music to massive numbers of straight white twenty-somethings if they took out everything that wasn't straight or white or appealing to twenty-somethings.

Some very smart people made some very pretty Excel spreadsheets, complete with those rows where when you typed something in it would add it up at the end of the row, and then it would paint that little cell a different color ranging from mauve to a truly upsetting red if something was really bad. The spreadsheets showed that straight white twenty-somethings did not like basslines or black people. So they got rid of these things. There would be no more bass from old James Brown records, no more samples of James Brown's voice, especially him saying "yeah" or "woo." Basically, James Brown was a no-go on pretty much all fronts. Instead, they got some okay-to-fairly-pretty white women to record some vocals. At first they considered using one of those little things that makes people sound like robots, but after several extended meetings, they concluded that white women sound that way anyway.

Fascism works because people like following something that a lot of other people, usually cooler people, are following. When you're at the point where you have a mass of people who will follow whatever you do, you should probably hire some good fashion designers or at least artier people, because good design sense is important for this sort of thing. Tijs did not think that trance was very good at this. Occasionally he would make a proposal about some kind of uniform to his superiors in the conspiracy, but they'd usually turn them down, and they were pretty mean about it.

He made these proposals because there were a lot of lights swirling around him, and all the reflective surfaces on people got kind of distracting. Tijs didn't like playing the big events. There shouldn't be this many blond people in one place at one time, it just never works out well. One time he wondered aloud if he could maybe be closer to the dancefloor, you know, just to keep in touch a little bit, but they told him that there isn't a dancefloor in an assigned-seating stadium, and also that this was completely against the point of building him up to be a worshiped figure.