Back in the mid 2000s some guy posted a thread on our forums to sell a bunch of his comic books. In this thread was a Batman Archives volume, a big fat hardcover collection of Golden Age comics. I had never read much Batman but $20 seemed like a fair price for three hundred pages of old timey Batman shooting gangsters with a pair of six shooters or hanging giants from his Batplane or whatever the hell Batman got up to back in those days. 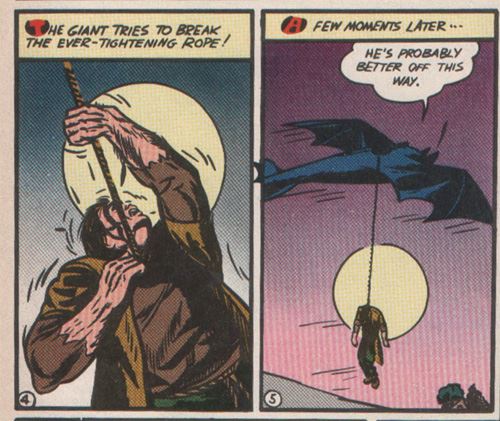 So I sent the guy $20. And never got the book. Or even a tracking number.

So I sent the guy a few emails. And never got a response.

So after several weeks I, an absolute pushover of a human being, replied to the guy's forum thread with some timid bullshit like this:

"I don't know if you had a chance to check your email, but my Batman comic hasn't arrived yet. When you have some free time please let me know when it was sent. It's okay if there was a delay, I just want to know it's coming. Thanks! This is probably all my fault! I apologize for bothering you!" 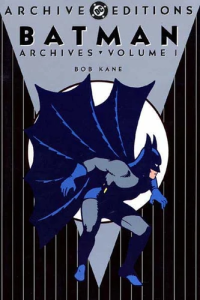 And he never replied. Because he took my $20. This made me more angry than I had been in my entire life.

Not because it was the worst thing that had ever happened to me. Far from it. My knee had once been caught in/chopped up by a running boat propeller. As a child I had saved up my allowance for months to buy Bart vs the Space Mutants for the NES. So yeah, I was familiar with how arbitrary and cruel life could be. But this infuriated me.

Whatever the reason, this stuck with me. Every few years I think about the great Batman caper and clench my jaw in anger. When this happens I play the incident back and consider every angle.

The only possible explanation my brain can accept is, "Maybe this human being died on his way to the post office, and that's why I don't have my comic book." No other scenario fits into my understanding of how the universe works.

I never did pick up a Batman Archives book. The mental and emotional wounds are too deep, the nerve still too raw. Maybe one day a volume will magically arrive on my doorstep, a puzzle piece around which my fractured reality will snap back into place.

Knowing my luck, what will actually happen is I will see a Batman Archives book on a store shelf, and remove it from the shelf, and be bitten to death by a nest of paper vipers coiled within its pages.