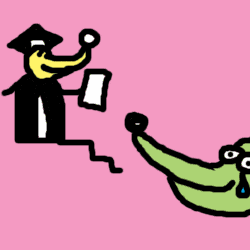 She turns to me and says 'hi.' I manage to get out a 'hey' but it was extremely high pitched, as my voice cracked at the most perfect moment. Not thinking, I tried to cover it up by making D.J. scratching noises as if I purposely made my response that high pitched. My friend quickly adverted her attention and I walked into my class.

I've been considering asking my girlfriend to stop taking birth control altogether, as the hormonal contraceptives seem to seriously destabilize her mood. We would probably resort to a cocktail of the rhythm method (preventative) and terminations(reactive), but before suggesting this I'd like some hard facts on the physiological effects of terminations.
Will a 4-6 week pregnancy preceding termination have any long-term psychological effects?
Will multiple abortions have any effect on her ability to bear children in the future?
Ideally I could get a non-hormonal risug injection and skip this whole conundrum, but this isn't a perfect world so we have to make do with what's available to us.

On my first visit to the college I go to now, I saw about 20 people LARPing by the library. Most of them were dressed up like goths, as apparently they were playing Vampire. One guy was dressed up as a cowboy version of Neo. He was pretending to dodge bullets like he was in the Matrix. That is what made me decide to go to this college, and many of these people are my best friends now. :3

Eat a really well made meal at least once a week. Either cook it yourself, have someone cook it for you, or go to a nicer restaurant (Ruby Tuesdays, Applebees and Fridays make really nice steaks and aren't too over the top). Have a nicely seasoned steak ora good piece of fish, fill yourself up as much as you can. It's really a great feeling to know that you just ate an awesome meal.

Things have been going pretty well with me and the ex. We still talk every now and again, and as we both built up a fuckton of resentment before we ended things, we're not really missing each other's exclusive company. However, last week I sent off a drunk facebook message, which made her a little upset, and knowing that I've got more shit to deal with in the next while, I wanted to know in the back of my mind that we're cool. So I apologize, and we talk on msn, and I tell her that I made a video collage of the pictures of us that I had on my computer, and asked her to click the link to it. However, Instead of showing her a collage, I rick roll'd her, and I've pretty much been in an amazing mood ever since.