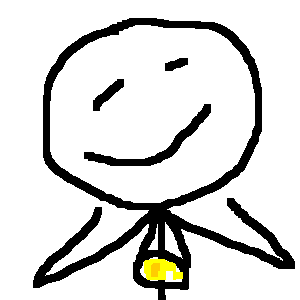 So you're working out and getting buff so you are strong to do what?
"Getting women" as if they are objects to do what? Fuck them and forget about it? Some life. "Getting women" improves your social status amongst those who hi-five people for being "playa"s. Who gives a damn about being more social amongst those vapid wastes of food and employment?
Video games are a great way to have fun, and enjoy things that are availible to you in life. Not only this, but the making of a game is an art form - by playing through, say, an RPG, you are treated to a grand story that is just overwhelmingly more fufilling than going out, fucking some chick, hi-fiving yourself and calling it a night.

I've wracked by brain now and again trying to think of genuine ethical reasons to ban sexuality in childhood, but in all honesty I couldn't come up with any real reasons. As the OP mentions, it sure seems like the trauma of experiencing sex as a kid is more of a cultural thing instead of a more objective psychological thing. Doesn't mean it should be fine and dandy, though, since culture IS a relevant factor in ethics, I'd say.

Hell, a few tribes in the Guinea Islands have sex with young boys and their society seems to work just fine. They believe that boys can only begin to mature and produce their own semen after it's implanted in them (orally as well as analy. ick).
I only know two guys who were first exposed to sex as kids, but they seem to have an unusually difficult time coping with their emotions.

I think the real issue here is that a lot of people don't really understand what Something Awful really is. I have devised a theory that I think will answer a lot of questions. You see, SA is remarkably similar to Middle-Earth. Yes, that's right; Middle-Earth, the setting for the Lord of the Rings. Middle-Earth is just like SA, and when I explain it to you, you'll slap your forehead and go "Of course!"
First of all, Lowtax is almost exactly like Illuvitar. In the beginning, there was nothing. Then Lowtax/Illuvitar came forth from the dark voids of the Internet/chaos and forged their creation from the aether. They each have their own dominion, and they hover it like the creator-gods that they are. Both are legendary, and although they have an omnipresent persona, few people have directly interacted with them.

Now, in the world of Middle-Earth, Illuvitar is aided by an order of powerful holy spirits called the Valar. They are his first creations, and they help him maintain Middle-Earth. Here at SA, we have the admins to fill that role. They are second in the heirarchy, and together with Lowtax they keep SA working. Updates, changes, all are in their jurisdiction. Right below the Valar are the Maiar, which are less powerful, and act as intermediaries between the heavenly beings and the denizens of Middle-Earth. The mods of SA fill this role. They interact with the posters all the time, to a greater extent than the admins and Lowtax. The mods have lesser power, just as the Maiar have lesser power, but they have their own sort of authority that can be truly wrathful to behold!

Both Middle-Earth and Something Awful are populated with an array of beings. It is astounding to see just how closely they coincide with one another. At SA, posters can be ranked accordingly: Elves, Men, Dwarves, Hobbits, and Orcs. Elves are the oldest and wisest of all posters. These are the posters who have reg dates that go back to 2000 or early 2001, and perhaps 2002 as well. These posters are incredibly popular, and generally well-liked. Although they have no official authority, the Elves carry a lot of weight, and people listen to them, even the higher-ups. People marvel at them, because they are so beautiful and wonderful. Even if they somehow get banned (an incredibly rare occurance), the Elves seem to come back, good as new. Even their avatars are unaffected.

Below the Elves are the Men and Dwarves, who are of equal rank, but differ in their habits and mannerisms. Men are posters who have been around a good while, and know the ropes of SA pretty well. They fit in, they don't call attention to themselves too often. As far as anyone is concerned, they are normal people. Dwarves are crankier, grouchier, and may or may not be older than Men. They sometimes get in scuffles with Elves, and are a bit more inclined to flame others.

Newbies also come into two distinct types. But unlike the above example, the two types discussed here are drastically different. The first type are the Hobbits. Hobbits are newbies who are innocent and kind. They don't want any trouble from anyone, and are curious little things. They genuinely want to be a part of SA, but for the most part they are horrendously naive and clueless. Bless 'em. Now, the second type of newbie are the Orcs. Orcs are horrible creatures. These n00bs shit up every thread they appear in, and they vastly outnumber just about every other demographic. Lowtax and the others try to curb their numbers by banning, and the other posters flame and bash them at every opportunity, but the Orcs are relentless. More are created everyday, and they multiply like rabbits. Orcs usually wage large-scale assault on threads by using trolls and trolling tactics. Unlike Hobbits, not all Orcs are necessarily "new". In fact, some of them may have old reg dates. The vast majority of Orcs reside in Mordor, which is FYAD.
Finally, you have the Nazgul. There really isn't much to say about the Nazgul, except that these are the notorious posters who everyone has heard of, and HATES. They are few in number, and everyone knows who they are. They are old beings, and far more horrible than the Orcs. They shit up every thread they appear in, but for reasons unknown they have avoided being banned. Everytime a Nazgul appears, everyone covers their ears and screams because they don't want to here what the Nazgul has to say, because undoubtedly it will bring only madness.
With this scutinous analysis of the SA forums, valuable information can surely be gleaned.