Sad Posts Say So Much 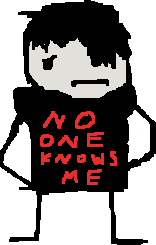 I play on an IRE Mud called Lusternia.. I've dropped over $2k USD on it, and about the same on Achaea.. The pay for perks thing is not necessary, I know plenty of people who make tons of credits(the buyable currency) without investing any money. Every month there's a writing/artistic competition that you can win credits(the more often you win the more credits you get). It's very feasible.
Now if you asked me if I'd start in Lusternia/Achaea with the way they are now, the answer is no. Your best bet is definitely Imperian as far as IRE games go. I never got into it at the ground floor, so I stick with Lusty and the big fish/little pond scenario. Imperian's definitely a fantastic game, well worth it if you like good PVP, a good world, and active administration

Basically, Vanaara is the Hindu god of shit and feces, and he can be summoned and put into the body of a stuffed monkey. The possessed stuffed monkey then impregnates a woman, who would instantly give birth to Vanaara's human avatar. Once the newborn human Avatar and the stuffed monkey merge their souls, Vanaara becomes an indestructable half-human/half-monkey godlike monstrosity that can destroy entire armies, and can only be controlled by whichever Hindu priest summoned him (but if the priest is dead, then Vanaara in his merged human/monkey form will just go nuts and destroy as many humans as possible, until he is destroyed, and the human-monkey form of Vanaara is almost indestructable).
Before the two merge, the stuffed monkey version of Vanaara is harmless, but indestructable (will reconstruct himself). And he shits everywhere, practically has an infinite supply of shit. And the human version of Vanaara is incredibly tough, and when you kill him (and you pretty much have to mutilate him), his soul will just possess another dead body. The only way to "kill" Vanaara is to burn him in a Hindu temple, then kill his human avatar (once the stuffed monkey version of Vanaara is destroyed, the soul will not possess another dead body).
Anyway, a cult of murderous Hindu fanatics wants to overthrow their Muslim overlords. So they kidnap an Untouchable woman and plan to use her as the woman who is impregnated by Vanaara (the woman, traditionally, dies a painful death as human Vanaara's fetus claws its way out of the womb). So the Hindu priest performs the ritual and drops his blood on an inanimate stuffed monkey. Before the stuffed monkey is possessed by Vanaara, Muslim invaders cut the ritual short. They save the woman's life and slaughter the cultists, and they try to destroy Vanaara, but even the inanimate stuffed monkey cannot be destroyed, because the first part of the ritual was completed.
The indestructable stuffed monkey is then passed on through subsequent generations od South Asians as an heirloom.
Fast forward 1000 years. The year is 1985, and the stuffed monkey is currently owned by the Patels. The Patels are a Hindu Indian-American family. The father is extremely liberal, and the mother is extremely conservative, but the mother died of cancer ten years earlier. They had one daughter, Neema, who, like her mother, is conservative. Neema's mother gave Neema the stuffed monkey right before she died, so Neema carries it around everywhere, as a reminder of her mother. Neema is also obsessed with guns, and wants to be a gun engineer for H&K when she's older.
Neema is a high school student, and she is at odds with the decadent high school culture of the 80s. One of her assignments is to write an essay and do a presentation of an object that means a lot to her or has sentimental value. Naturally, she chooses the stuffed monkey. So she brings the monkey to school and leaves it in a display case. Another stoner student brings in his entire collection of Black Sabbath, and leaves it next to the stuffed monkey.
An errant baseball hits the Black Sabbath albums and plays the music backwards. This ends up completing the summoning ritual that the Muslims cut short 1000 years ago. The stuffed monkey, Vanaara, comes to life.
Vanaara, in stuffed monkey form, immediately starts freaking out and shitting everywhere and trashing the room. Then he runs into the airduct and walks in on a class watching a nature documentary about the mating habits of monkeys. So Vanaara takes a fork and starts masturbating with it, till he comes all over the fork.
Then he runs up to a group of popular high school teenagers. The popular teenagers, Vinnie, Keith, Jake, Heather, Rachel, etc, are part of a larger popular clique that has wild parties every night, at a place called "THE PARTY HOUSE."
Vanaara stabs Keith in the ass with the semen-covered fork.
Later at THE PARTY HOUSE (which is a place of debauchery so wild and frivolous that furniture is tossed out of windows and everywhere people are fucking and drinking and dancing and barfing), because of Vanaara's semen in his blood, Keith grows a giant tentacle penis that mutilates everyone in a hilariously gory Braindead-esque fashion, so he is gunned down. Keith then melts. The cops shut down THE PARTY HOUSE and the principal, Principal Varney (who is British) puts Vinnie, the most popular kid in the clique, in the Retard Room.
Vanaara climbs back into Neema's backpack without her ever knowing what happened. Neema, on that very day, gets sent to the retard room for doodling guns on her test.
It is in the Retard Room that Neema meets Noah, a Black Ethiopian Jew who immediately falls in love with her. He is also a genius and knows the legend of Vanaara. Neema doesn't like him because she is a traditional Hindu. She also meets Vinnie, who is a closet plushie (he likes to fuck stuffed animals).
Basically, she and Noah eventually fall in love, much to the delight of her liberal father. Vinnie steals Vanaara, and inadvertently impregnates his current fuckbuddy with him. That fuckbuddy immediately gets pregnant and gives birth to Vanaara's human fetus form which proceeds to kill everyone, then its soul possess the corpse of a nerd that was always rejected from THE PARTY HOUSE.
THE PARTY HOUSE is re-opened. The Vanaara-possessed nerd then interrupts the party and proceeds to kill everybody in a hilarious Braindead-esque fashion.
Noah and Neema team up to stop Vanaara's monkey form and Vanaara's human form from merging and destroying the human race.
It's a cheesy, surreal teen comedy with immigrants, retards, and gore. It's part Peter Jackson slapstick bloodbath, part Troma, part Bend It Like Beckham, part John Hughes, and part Chuck Jones.