Things You Should Already Know By Now: Opening a Checking Account 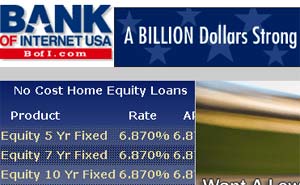 What they didn't tell me is that they had instructed the electric company to turn the power off while they were gone, hoping I would too would be gone when they got back. Fortunately I stumbled upon a cache of batteries and played Gameboy Advance between and sometimes during marathon jerkoff sessions, sleeping, and shitting. When they got back and found me continuing to squat inside their home, they rented out the spare room that used to belong to my much more successful high functioning autistic brother to a family of Eskimos, knowing full well I can't stand Eskimos. They had finally won. I was out of their house.

I had to learn a lot of things on my own that I never bothered to learn, and I often learned them the hard way. The first time I did a load of laundry a gas line exploded and destroyed half of my apartment complex. After years of therapy I finally built up the courage to go to the laundry room again. The second time I did laundry my clothes were stolen. I'm supposed to sit there and stare at the washing machine the entire time? I'm a busy man with a lot of posts to make and Naruto to watch. The third time I almost drowned if not for the watchful eye of a helpful bystander.

The world is a scary place and living on your own is hard. But if I can do it, anyone can. Here are the things, my dear goons, you should have learned a long time ago. In our first installment, you'll learn how to open a checking account.

If your family is anything like mine then your dad is an old fashioned kind of guy. He isn't hip to the trendy trends of today like couture or cloture. He listens to oldies, wears outdated fashions, and manages to hold a steady job. Those just aren't the kind of things I'm into. But one thing that your dad has that you want is a bank account. At some point the money your parents send you has to go somewhere, and A FUNNY EXAMPLE OF A PLACE TO KEEP MONEY just isn't cutting it anymore. You'll need a checking account.

The first thing you have to do is shop around for a bank that fits your needs, such as the ability to hold $100 for you before you end up spending it on something stupid. If you're like me you'll go with the first bank that looks like it might fit the definition of a bank. Don't make the same mistake I did, a guy offering to blow you for $5 is not a bank. 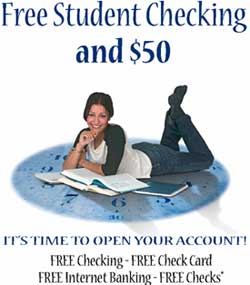 Banks love students because they incur an incredible amount of overdraft fees and know that their parents are only a phone call away from bailing them out and starting the cycle anew. What a beautiful thing.Washington Mutual is a good bank for people with no money. People love them because they offer free checking. They love you because you're bad at managing your money and will incur hundreds of dollars in overdraft fees. A good rule of thumb is, if a bank has a philosophy, you probably won't be able to open an account there.

It used to be that all it took to open a bank account was a gentleman's agreement and a hearty handshake. In this age of terrorism that's all changed. Now you need two forms of identification, a tissue sample, and a signed affidavit promising you won't blow up any buildings. Everybody knows a terrorist's only weakness is that they lack a soul and without a soul you can't make a signature on a document.

Opening a bank account involves talking to other adults and venturing into an unfamiliar situation. Don't worry, you'll eventually be able to set up direct deposit later and never have to talk to lowly tellers again, but for the initial account setup you'll have to actually visit a branch. Stay calm and you should get through it with few unscheduled defecations on your part.