"Why Are All The Droids In The Star Wars Universe A-Holes?" by YouTube's "Dirty" Frank Torlinson 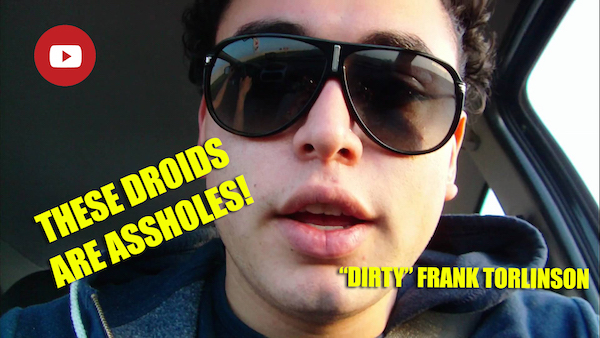 I've been watching these damn "Star Wars" movies since I was a damn youngling myself, and sometimes, these droids really chap my fucking ass!

Open wide for a Dirty Frank!

Love 'em all. The stars. The wars. Everything.

It's a rock-solid franchise that's made zero mistakes!

EXCEPT ONE: the droids!

Why are all the droids in the Star Wars universe all such huge a-holes?

Check out the new droid on the block, K-2SO! 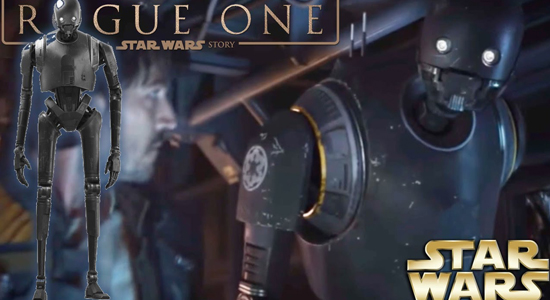 He's sarcastic, mean, rude...this is NOT the droid I'm looking for!

For an intelligence droid, he sure can't keep a secret!

My Alexa doesn't blow the whistle on me when I put my blaster rifle in the sniper configuration in order to assassinate Galen Urso!

My Alexa just brings me pizza!

I love you, Alexa!

[SA STAFF PLEASE PUT THE VIDEO MONTAGE OF ME MAKING OUT WITH MY ALEXA HERE. DO YOU THINK IT'S FUNNY? I THINK IT'S SOME OF MY BEST WORK.] 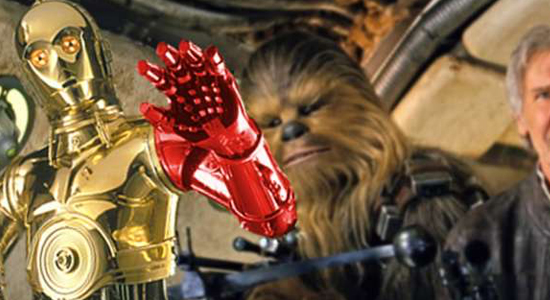 What's the deal with this red arm?

[SA STAFF, PUT THE CLIP OF ME MAKING OUT WITH MY FRIEND, FELLOW YOUTUBE INFLUENCER "GOTCHA" DAN GASHAPON HERE. HE'S DRESSED LIKE J.J. ABRAHAMS -- REALLY JEWISH. ISN'T IT GREAT THAT WE CAN MAKE FUN OF JEWS NOW? I HAVE SO MUCH MATERIAL ABOUT THEM THAT I HAVEN'T BEEN ABLE TO USE, BUT THANKS TO 4CHAN, IT'S ALL BACK! "SHEKELS!" HAH HAH, I GOT A WHOLE 'NOTHER VIDEO ABOUT SHEKELS AND THE JEWS THAT I THINK YOU'RE (((REALLY))) GONNA LIKE!] 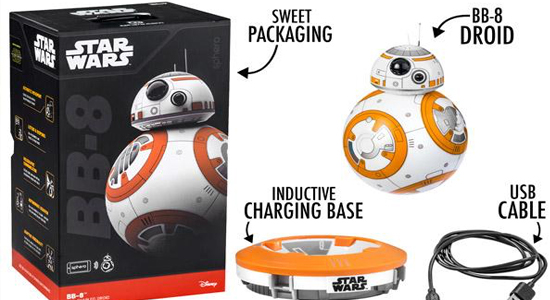 And finally, let's talk about the "not so great" BB-8!

A black guy getting cucked? Now I've seen everything!

The word "cuck" is funny, and it always will be!

I would trade BB-8 for SO many portions!

How come BB-8's the only new hero in The Force Awakens who's white?

The bad guys are all white as fuck!

Is this reverse racist?

Everyone calls for more "diversity" in their films.

But when I say, "hey, throw in some more whites," it's a thought crime!

[OK SA editors, here's the big final video. It's me being taken away by the "thought police" -- an asian and a black guy I hired off Craigslist. I didn't tell them the whole context of the bit, they just wanted their "shekels" -- hah hah! Anyway, they take me to a "reeducation" chair where I have to watch all these new ethnic characters in Rogue One and The Force Awakens, and my eyeballs are taped open, "The Clockwork Orange" style. I think I'm the first person to ever parody that! Words like "inclusion" and "representation" keep flashing on the screen...you think that's enough to get Brietbart to share this? I could really use the clicks. I tried liberal stuff for a while (e.g. my "Count Trumpula" routine) but nobody was biting, so I gotta lean really hard to the right now. God, if they don't buy this stuff, I don't know what I'll do. I'm in my 30's and I have no fan base and no accomplishments, even though I've been screaming pop-culture opinions into my webcam for almost a decade. Anyway, I'm really happy that you guys at Something Awful are giving me this exposure after I pulled Lowtax out of that burning car. I hope we can make this a weekly thing because I'm running out of hope. I might have to move back in with my parents soon. Anyway, please put in that video!]

Get your hands off my "Dirty" Frank!