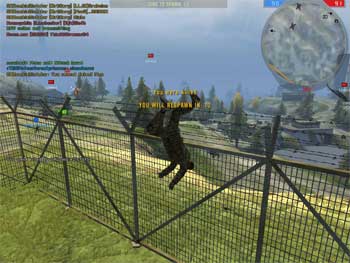 Drop Artillery Strikes Everywhere at Any Time! - Besides the awesome star, commanders get the power to launch artillery strikes anywhere they please. Don't feel afraid to use this under any circumstances! Did you just receive notice an enemy soldier was spotted in your main base? Drop an artillery strike on it! Do you suspect an opposing support soldier dropped a valuable ammunition pack somewhere in the middle of the ocean? Launch a strike on the area just in case somebody's swimming out there to retrieve it! Don't bother warning anybody because there may be spies on your team who will instantly call up members of the opposing team and tell them, possibly costing you valuable points. This is grounds for a lawsuit.

Never Join a Squad! - Squads are composed groups of people who are so untalented and crummy at BF2 that they need help to simply survive. You are not like that! You're a one man army! You're a soldier capable of killing people so brutally that they will respawn in a game of Battlefield 1942. You know the map and your enemies better than any commander or squad leader possibly can, so go lone wolf and rack up points like a crazed jackal! If somebody makes the horrible mistake of asking you to join their squad, hit the "negative" message about 50 times, as fast as you can. This will let everybody on the server know you're so amazingly skilled that you actually turn down offers to join squads who need your valuable help to prevent them from dying like blind hogs. If you decide to create your own squad, name it something descriptive like "TEAM AWESUM" or "SNIPERZZZZ" and don't invite anybody unless they pass a 30-page written exam covering the exhaustive history of "Cho Bits."

Never Let Your Gunners Take Out Anti-Air Emplacements! - If some sneaky bastard somehow creeps into your transport helicopter before you have a chance to fly away, be sure to constantly rotate the chopper around in circles so they have absolutely no way to take out the many anti-aircraft tripods on the ground. In fact, spin the helicopter around so quickly that they can't hit anything besides enemy cold air currents. This will show the rest of your team what a skilled pilot you are, how you don't need useless things like gunners to help you capture flags. Rumor has it if you rotate in circles fast enough, you'll create a deadly tornado that will suck up enemies and spit them out like watermelon seeds! Wait, maybe that's just a Warcraft 3 spell.

Randomly Bail Out of Aircraft and Vehicles With No Warning! - As a driver or pilot, it's your job to simply get from point A to point B, wherever those two places may exist in your amazing screwed up brain. You have no responsibility to inform anybody else when you're about to leave! I mean, you didn't ask them to enter your vehicle, unless of course you did, in which case you were just joking. Bailing out of a full transport helicopter without letting anybody know in advance is often a fun and exciting way to "spice up" any game. Try to aim your chopper in the direction of a mountain or an ocean before you jump out, just to ensure you don't accidentally hit something of importance, like a mother nursing her baby or a friendly elf.

Step On Land Mines! - When driving a jeep at the fastest possible speed, you may notice a big red skull and crossbones icon appearing on the right of your screen. This means that a witch is chasing you and you've got to get out of there as soon as possible or else she'll throw her level 34 skeleton at you! Look for a small, round, black teleporter which will magically whisk you away to a beautiful new location, usually about 40 meters straight up. If one of your teammates decides to kill you while traveling there, be sure to punish them, because it's not your goddamn fault a witch was chasing you and you tried to escape. War is hell, soldier!

If Somebody Is Using a Ground Vehicle's Gun, Get In and Drive It Away! - Some vehicles, such as jeeps and vans, have mounted cannons on top to scare away enemy birds. If you see a stationary vehicle, one where somebody is manning the top gun and shooting at some indeterminate location, feel free to jump right in and drive it away! I mean, obviously the guy was just sitting around like a useless dreg and waiting for an experienced driver to take him somewhere, anywhere! How else can you possibly explain somebody sitting inside a vehicle and not driving it? If the person manning the machine gun has placed land mines directly in front of the vehicle and even says "please do not get in, I'm using the gun to defend the flag," just ignore him, hop into the driver's seat, then drive right over the land mines, killing you both! Then punish for a team kill because you're a stupid fucking reject of the human race who deserves to have hot metal skewers jabbed into your eye sockets while a homeless man slices open your stomach and shoves pieces of broken glass and rusty bicycle gears into you. Not that I'm still mad.

Constantly Vote to Change the Map to "Strike at Karkand" - This is singlehandedly the greatest map in the history of anything. The game developers should've released Battlefield 2 with only this map, and named the game "Battlefield Karkand." There's absolutely no reason to play any other map, unless of course you have some brain disorder which prevents you from making well informed decisions. Strike at Karkand has everything; tanks, buildings, jeeps, trash dumpsters, and a train. A GODDAMN TRAIN!!! Plus there are plenty of rooftops for snipers to climb and perch on for countless hours, until mom gets home and starts complaining about the bathroom being on fire. 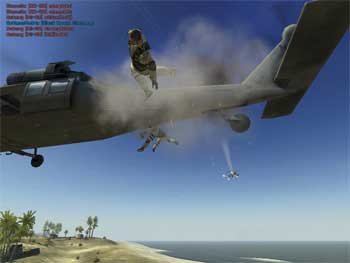 Constantly Vote to Ban Anybody Who Offends You! - Did somebody get into a tank before you could? Vote to ban them! Are you tired of getting killed by the same person? Vote to ban them! Does somebody on the server have a name which offends your delicate fundamentalist Baptist sensibilities? Vote to ban them! The solution to every problem imaginable lies in banning it; after all it worked with drug and gun control, right? Make sure to support your petition to ban a player by typing in random gibberish in some sort of alien pseudo-language invented by Norse gods, such as "plz ban cRazZYKilLaH hes stepn on t ah zz ahdn bugz 35fww3sw guff tank :-(." It doesn't matter if it makes no sense, your team mates will undoubtedly understand the core message and will kick that jerk off the server for good. Then you'll only have x-1 players left to vote off the server until you're the only one left, and you can spend the rest of the night punishing yourself for team kills!

Constantly Vote to Remove Your Commander! - So you can't hit a stationary target three meters in front of you, you can't successfully get in a jeep without the help of a third party, and you primarily use your keyboard to remove deer ticks from your back? It's all your commander's fault! Anything bad that ever happens you can be directly traced back to the shortcomings of your commander, including your inability to join a squad or approach a woman without shouting Internet acronyms. The only practical solution lies in the mutiny of your commander. Don't worry if you never plan on replacing him, teams don't need a commander! They just need about eight billion snipers and some guy to bunny hop around like an idiot, dropping ammo packs everywhere. If your screen doesn't show either a vote for mutiny or a vote to ban somebody or a vote to play "Strike at Karkand" message hovering on the bottom, you're obviously not playing BF2.

Don't Ever Join a Non-Ranked Server! - The main goal in life is to have more points than a bunch of faceless 12-year olds on the Internet. How else would people know you're superior to them in virtually every way if there wasn't a giant scoreboard with some numbers to inform them? Refuse to ever play a single game on a non-ranked server, as those points are not officially recorded and therefore are completely worthless and a waste of your time. You know, as opposed to the crucial status symbol a four-digit number on a webserver somewhere represents. Badges are equally important because rumor has it if you get them all, the Army will call you and ask them to personally lead them in the next major world war. You'll get to be a sniper!

If You See Somebody Repairing a Vehicle, Feel Free to Take It! - They're simply preparing it for you, like a Christmas present! All your teammates want to be sure you drive only the finest and most physically acceptable vehicles. If you really want to show your gratitude, use the vehicle to run them over and then spam the "sorry" message approximately 400 times in the hope they won't punish you for a team kill. Then drive the vehicle straight into a large body of water or off a cliff while honking the horn like a retarded burn victim. Of course the chances of somebody on a public server not punishing you for a team kill are like one hundred billion infinity to -10, so remember to get really angry at them and inform them they're "spic nigger wop chink fags" when the inevitable occurs. This helpfully lets them know they are spic nigger wop chink fags.

That Jet is Your Jet! - Battlefield 2 comes with an advanced, technologically breathtaking feature which allows players to virtually "claim" a vehicle they want. You accomplish this by saying "GET OUT OF MY PLANE YOU FUCKER" repeatedly when somebody boards a jet you really want to pilot. You can claim any vehicle you want, but there's really no point in reserving any vehicle besides the jet or attack chopper because, really, those two are so awesome and you look like a real badass when you're flying them at 800 miles an hour into the side of a mountain while typing in racial slurs and trying to punish people for team kills they haven't committed quite yet.