Help me get to work, Part 2

When we last left our hostilely hosted hero, he was getting closer and closer to Microsoft headquarters, a company that he planned to use as a vehicle to assert Xxathaxian dominance over Earth.

However, his path has so far been windy, and there are only so many jams you can get out of by telling someone they have a nice ass or killing them (or both). What kind of fate have Forums Goon Oplem and the forums dictated for the world as we know it? 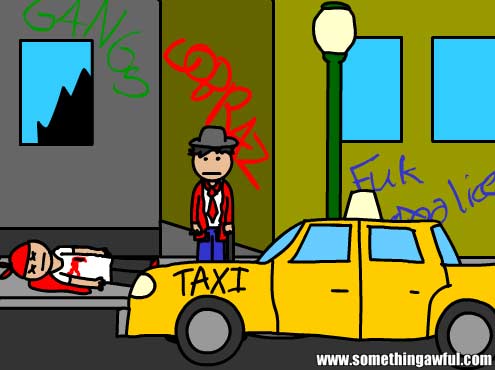 A bright yellow vehicle has stopped in front of me.

Ask the vehicle if it knows where Microsoft is. Those vehicles are larger and faster than the humans so they're probably in charge. 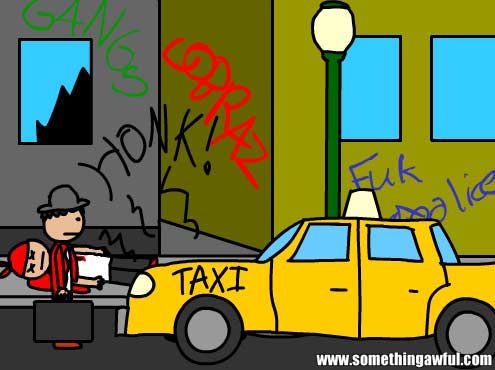 The vehicle replies with a loud roar. I do not understand this language.

Perhaps it is hungry? Attempt to feed it the other human's carcass. 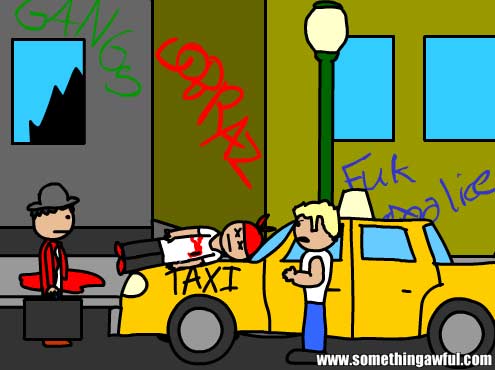 The vehicle did not consume the other human's carcass.

A large human has emerged from the vehicle. Is it a parasite to the host?

Attack the human with your weapon. Alternately, grab the human and pull it away from the vehicle. 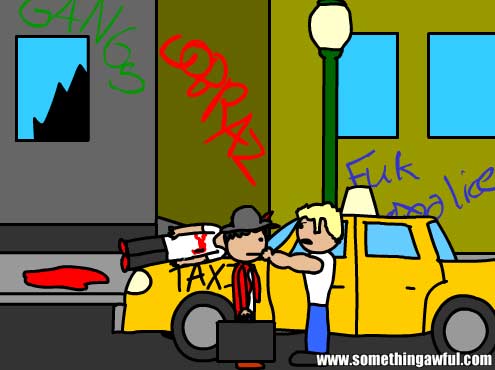 Try to catch his hand in your mouth. 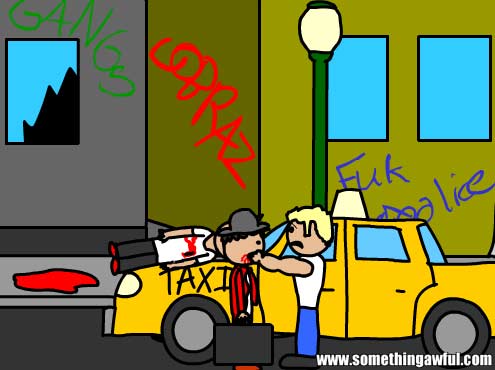 The human is confused and scared.

Yank hard with your mouth in an attempt to remove the offending appendage from the human's torso. 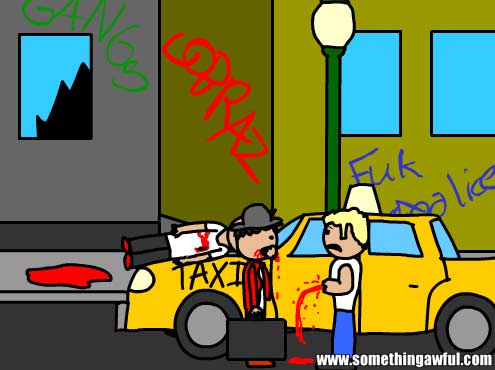 The human is emitting a loud noise and is losing red jelly.