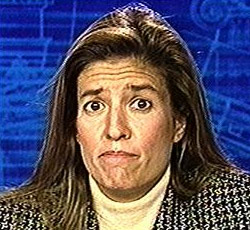 if I want boner top kill I'll just put on gretyl von superstan and watch her jaw move around like shes shelling walnuts in thereSo technically me and Bristol are celebrits until marriage which sounds good but it isn't. It means I can't wreck her cunt hole with any more babies. Luckily, we figured out some workarounds. Even though theres a moratorium on deep cooter drilling I can still drop a relief shaft in at an angle and release some of the pressure on the blowout preventer. If need be I will drop in 100,000 pounds of drilling mud and completely kill that ass. I'm talking seal Bristol up bunghole of amontillado style so no matter how hard the robot submarine starts pounding her nothing is coming out. Sorry, I was watching TV while I was typing that shit in and I just got lost in the metal force.

Now I know some of you may be questioning my choice making and shit, which is cool you're entitled to you're fucking wrong ass bitch opinion, but I figured maybe I could share with you my logic in deciding on this course of things.

First of all I am broke as fuck. You think some skeleton bitch on Bravo network pays me enough to live up here? It is expensive as fuck in Wasilla. Renting a house is like 300 dollars a month split two ways. Pizza hut toppings are like 1.50 each and they charge you double for extra cheese. It's bullshit. So when I hook myself back up with the Palins I figure that tornado of crazy makes like a bajillion dollars every time she farts in front of a microphone so I'm sure she can't stand to see her son in law walking around in carhartts all drooled up with cope. She wants to get me in some of them goretek things with the namboweave whatevers and the kelvar in the elbows so you can put some broad out on a rock and nail her into next week and not worry about your shit ripping on some fish hooks faggot anglers left out there. 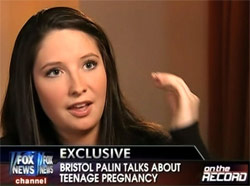 bristol is a role model for teenage girls across america so she had to get back with the dude that piped a couple premium babies up in herWhat am I on, like number three? Third of all I am sick of gay dudes. Not really dudes, I still support your being gay and all, but please, calm it down a little. I know I'm like the biggest, beefiest hunk pile you ever wanted to turn homo in some ice fishing house but it ain't gonna happen so stop sending me the pictures. Truth is I got to renounce you dudes. It's part of the deal with Mrs. Palin and Todd. Next step is I got to sever my ties with the gay agenda and the liberal media. That means I got to cancel my Top Chef appearance, no more Katie Griffiths, no more Playgirl, no more agreeing to do bondage scenes at that bar in LA where all the Republicans hang out, and definitely I got to stop being comfortable around gay dudes and start acting all weird and afraid and maybe threaten to beat your ass in a really straight way. So heads up to gay dudes fixing to come onto me. You're gonna get beat straight, but it's all business.

Fifth I just want more time with my kids. The Palins got like that wall that was up in Germany up around my kids. Turok and Tripp have barely had any hockey training at this point. I mean Turg is up to about 90 pounds and he's into everything but Todd hasn't even taught him to shoot anything but paintball guns. And I'm pretty sure Todd shoots them AT Turp because he thinks it's funny. Yeah real funny, no nuts. How about I do wheelies on your classic vinyl. What is this, Jeff Wayne's War of the Worlds? The chances of your maple leafs jersey getting yoked up on your face are one to one I say. 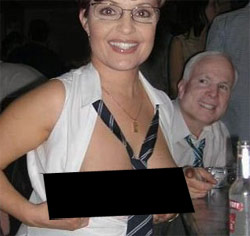 I can always fall back on mrs. palin if I really need the action. She'd let me pound it till it looked like hummus was coming out of her.Fucking Todd doesn't teach my kids shit about gun defense warfare and hunting. Last time I got to be with Trrp I handed him my 454 and he looked at it for like a minute and then put it in his mouth and pulled the trigger. Luckily I only had it loaded with half-loads or that might have seriously hurt his gizzards and what have yous. Tripp is like that too. He's old enough to start laydown bipod shooting at the range (what we call the place where we blow up pumpkins with potato cannons) but any time I take him on my 4x4 the palins start flipping their shit like I'm going to go on the main jumps. No, dumbasses, just the mini-jumps.

Like, okay, well when me and bristol are officially wedded up they can't say fucking shit. I can take Tripp and Tron out to my mom's old cook trailer and we can pack mortar rounds for our own fireworks show and then rent seadoos and shoot fireworks off at killer whales until the coastguard fires warning shots at us. I can teach them all kinds of shit they've been denied. Like how to shuck oysters, rock climbing, gassing bears, creeping spots by the cat house to where you can see girls peeing, how to use computers and shit to look up asses, some fucking crab maga shit some dude showed me how to do if you gotta fight a terrorist on an airplane, pretty much all the bad ass stuff todd could never teach them because he's too busy trying to get cuck stains out of his cable knits. Way to live it up dude.

Anyway, I'll be sure to give you all a front row seat at the nuptials. And the honeymoon!