SOME MATERIAL I BEEN WORKING ON 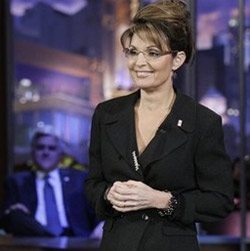 Look at this goober out there tellin jokes about congress wtf and jay leno lurking back there that dumbass dorito creeperSoooooooooo as you boners may have noticed, mrs. palin went on Jay Leno show and did a stand up comedy routine. It was so hilarious little fucked up babies are gonna be born laughing 50 years from now, still laughing at those jokes, let me tell you. All the TV homos made real funny jokes about her being so funny she should stay out of politicis.

I don’t honestly give a crap what she stays out of or into or whatever, but I am fixing to tear her routine to little shreds with this material I have been honing. Got some open mics up at the Laugh Cavern here in Wasilla. Only comedy club built inside a natural occurring limestone cave system. Great frigging acoustics. You don’t even need a microphone, which is lucky cuzy they have to run extension cords in for all the electricity and that’s pretty much the refrigerators and hot plates and stuff for the bar.

Tank signed me up to do five minutes last Tuesday. That is like their prime time peak hours. So me and Tank and Bodie and Tucker and AJ and Spence and Sanders all got together and brainstormed some shit. Turned out all their shit was gay so right before I went out to do my routine I wrote up some new jokes. Some of them weren’t so much jokes as just ideas I could riff on before the show, pretty much.

I don’t really remember the routine but I still have my crib notes. This is called a “set list” for comedians. 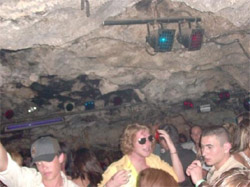 they used to have a mixer on thursdays at laugh cavern but they had to cancel it because of bat bitesWalk out and say what’s up Laugh Cave people.

Take a drink while they’re all laughing like crazy

You know who has a gay face? Did you hear about this guy? That guy on the fucking news, with the gay face. Old dude. Not Joe Biden but he’s sort of like Joe Biden. Do yall know what I’m talking about? That’s a gay face.

Pick out something in audience: Big hands. HOW DO YOU OPEN DOORS YOU PIECE OF SHIT? I said give me 5 not 5 hundred million. What happened did you mistake a beehive for your gloves again? Those hands sicken me. I am seriously going to fucking vomit.

Riff on pop culture. I saw that movie where everyone was giant and blue. It was called your sad life: the fucking movie, fatass. (point to a fat guy who looks sad in the audience) Yeah, what happened to you dude, did you mistake a beehive for your shirt again?

Talk about being single/titty sex. I was having sex with a stripper’s titties yesterday and I fell asleep. IT wasn’t that it was boring it was just that I had drank like half a gallon of rich and rare and smoked three blunts. If you want to see a pissed off stripper fall asleep while your dick is in her tits. That is crazy. It was like “ahhh fuck, stop punching my balls” and then you gotta put them out a window. I mean, open the window, and you should take out the screen too because Trinity fucked up my screen when I threw her out.

Take a drink and say yeah, seriously, for real, that really happened yesterday.

Tell them I invented a new martial art in karate class yesterday when I was sparring. It doesn’t have a name yet, but it’s pretty much exactly karate only you bite people too. Wait for laughter to die down. I’m just kidding folks, I learn my martial arts skills from watching nature. Studying natural styles. So far I can fuck up a fucking frog seriously. Does not stand a chance.

I saw a turtle yesterday. He was indoors though so I didn’t start anything, but he wouldn’t have stood a chance either.

A lot of people know me cuz I knocked up Mrs. Palin’s kid. No, not the one that fucked all the Yankees, I’m talking about Bristol. One thing nobody really knows about the palins is they all have these fucking pelts of hair under their clothes and it traps up all their sweat. Terrible BO. Except for todd. That lactonic motherfucker is as hairless as baby’s butthole. Uses magnets or something. Smells like burnt plastic.

Yall seen Obama? What is up with that? I don't know, it's weird. Every time there is a black man in the white house I start looking around for a meteor or aliens or something. Callback to audience. Yeah, big hand guy knows what's up. But then I turned on fox news and they explained that it was worse than aliens or extinction meteors. It's a marginal tax increase for everyone making over 250,000 dollars a year. I been having nightmares about that exact thing happening. You feel me big hands?

That’s all the time I have tonight. Thank you. I’ll never forget your faces. How could I? It’s like draculas and wolfmen out there. 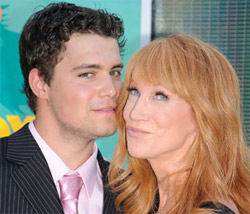 yo trust me I didn't learn comedy from this rawhide lady, I learned from the best like frigging chapelle and jim brewer and pretty much everyone from all the good weed moviesI’m still trying to tighten it up, but trust me dudes, it effin’ killed at Laugh Cavern. The guy with the voicebox thing could not stop laughing and the one-armed lady was slapping her hand on the bar. Which either meant more drinks or she really liked my routine.

My plan now is to just keep getting out there and doing stand up, working my way up to 20 good minutes. Then I'll try to get booked on some shows, maybe try to go on that jimmy kimball show or letterman. He fucking hates palin he'd probably let me go on there.

Then I go on TV and sell some CDs and DVDs of my act. Then I get an HBO special. After that there's a lot of different ways I can branch out. I could stick with the stand up or jump straight into acting. I'm thinking I could be the next Dane Cook, only my shit is funny and my movies would be the fucking bomb and full of titties and karate fights and special effects shit. I will fuck a wizard on camera. I don't give a fuck. I will fuck a robot. All that matters is my audience is entertained.

For real I take care of my fans.

What do you think?