99 PROBLEMS AND PALINS ARE EM ALL

That would be exhibit A in my court case, but on account of it's here say or whatever and Mrs. Palin is a witness against me I might as well forget about it. But hold on there, I've got some other exhibits I am ready to roll out. You'll see in a second why I wanted to make the court hearings public.

EXHIBIT B - Bristol got some nasty acne 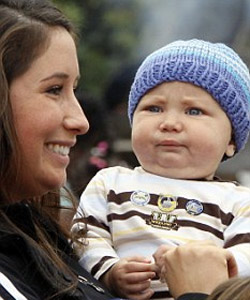 Look at Tripp he's all like "DAAAMN mom your face so cratered up your must be on triple dose of ortho to clear out all that gunk lodged in your cooter. gynecologist look in there with a flashlight and say like "you been eatin' a lot of dippin dots with your pussy??" Been noticing the whiteheads creepin' up on Bristol and yall know what that means? Somebody has a boyfriend. Bristol always starts with the acne when she goes back on the patch and she only goes on the patch when somebody is drilling pipe.

Now you may mistake this for jealousy, but trust me, Bristol can hop on whoever she needs to for her feelings. I am not the jealous type. I'm over her. Totally. I get in more slits than a laproscope. I'm usually so drenched from gal water that I got to put towels on my truck seats so I don't ruin the leather.

So I'm not worrying about who is battering up them guts except that dude is hangin' around my boys. That means she has got to divulge the identities of this dude and risk having me drive out to his cabin on Hazel and lay on the horn till he comes out all like "sup bitch?" and I'll just be like "this is whats up!" and yoke that bitch down pull that shirt up over his face and blast him like I'm tryin to strain my knuckles through it. Teach him some lessons about respecting another man's children. You hear that Tony? I want that shit confirmed up in the courthouse.

You know what I'm talking about, that gay ass hobbit movie from like three years ago with the xmen guy is a wizard or something. She's that evil eye, lookin' everywhere and controllin' shit. She got her orks and ring rates out to get me. Got predators out there fading in and out. Blending in. I mean, not literally, but basically that's what it is. She still has a bunch of agents and shit. Dudes. And her schemes need to be revealed. She's always working like five angles. Ask her about Pie Spy. Google that shit. Some illuminaddy shit.

God only knows what she has in mind for my boys. She already wears trix around like a necklace, carrying him all over even though he weighs like a hundred pounds now. Maybe she thinks he'll stop a bullet (he would) or make her famous in the special olympics (he would win all sports). That's only when she's out and about though. At home she calls him "my tard baby" and "fat tardy" and "fat faced little poop that came out of my front butt and got even stupider, sillier than a little corny turd baby." Put that shit out there, swear some oaths.

Fuck you sarah! Try and take my boy! 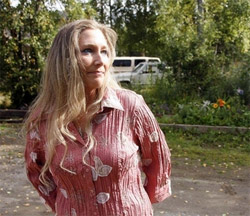 palins and the courts and the sheriffs and the media all going after my mom, but she is a good lady who just did a thousand drug dealing mistakesEXHIBIT D - My mom had nothing to do with brittany murphy dying

I'm sick of my mom be dragged through the dirt. Yes she sold oxy to people. Yes she had a bunch of mexican doctors write her up prescriptions for lortabs and percs. SO? She had a bad back and things just got a little out of control and turned into a business. She ain't never done anything against trit, tripp, or any baby. Never sold drugs to a baby, never took drugs with a baby, never sold a baby for drugs, and never scored off a baby. Draw a circle and put "MOM DRUGS" on it and then draw another circle far away on the same piece of paper that says "BABIS" notice how they don't touch? That's because there's no overlapping.

I know for a fact that todd takes amyl non stop. He's got this little box he calls his "war kit" and a pill bottle he calls his "medicine maraca" that has god knows what in it. All sorts of muscle relaxers and date rapist shit. Todd is the one you got to keep your eye on. He is straight up catch a predator dude. Make him get in the court room and read him some chat logs. tell him to sit down.

Back off mrs. palin. You got no business being a mom all over again. Look how young your daughter got pregnant. How can you be trusted with my kids??