I GUESS I WILL ANSWER YOUR STUPID EMAILS

I don't even fucking know if my n-words in Brooklyn are even reading this shit, but I always just wanted to say that. I've been listening to adam corolas podcast a lot (dude fucking rules and is smart as hell) and he has been saying you got to start your shit with some upbeat shit. He always yells "GET IT ON!!!" which is pretty sweet. 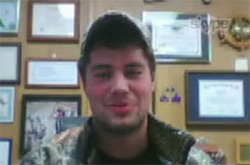 Pretty much fuck yall fyiI'm still working on what my shit should be. Maybe HOCKEY IN THE HOUSE! Or just stomp my feet and say "boom!" louder and louder. Only, fact is, this is a website with words and shit, so it can be difficult to convey emotional actions like stomping your feet.

Anyway, the chode lovers that run this dump said that they were gonna be taking questions on their forums and passed out my email account and so for like the first time in forever I went onto that shit to check my questions. I had a bunch, but then I also had like 5,000 texts from this girl Krystyn that went to my email for some bullshit reason. So it took me forever to read through all her shit and about halfway through I called her up just to yell at her about texting me like crazy.

Problem is now everybody knows I am a fucking ice cold player pimp with hot options, so I am getting pussy coming at me like an obstacle course. Gotta climb up a pussy wall and belly crawl under pussy while pussy is flying at me and some angry pussy is barking at me calling me maggot.

Tank says to sop it up, but what the fuck? Am I gonna put some bitches on ice and age them like some don parenyon or some shit? Take that shit out of the cellar when I hit 40 and I need a bitch to piss on in the shower? The only two places a bitch will stay put is a bathroom and a fucking shoe store and that shit is intolerable. So anyway, I straight up told Kyrysytyn that y in her gay fucking name stands for yoked which is what she is gonna get if she ever rolls up on me when I'm in wasilla.

I am sorry, I am not normally feminist like this. I just got full hot after reading that bitches texts. Fucking nonsense. Wasting my time with shit. Anyway, questions. I got 'em. I guess I had better get to that shit.

First up, Tank always says when your single cracks the billboard top 100 people you thought was your friends suddenly get red terminator eyes. Basically a hater is gonna hate on success. So let's get these fuckers out of the way.

From: Linda K
To: hockey.johnston@yahoo.com
Subject: BS in media

You need to shut your mouth and stop writing disgusting stories on your page. You are trash and you will allways be trash with your attitude like that. Why don't you worry about your son and leave the palin family alone. How can you look yourself in the mirror? 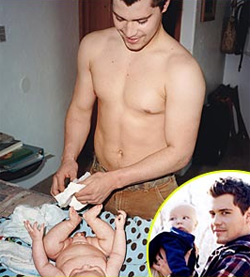 Look at them abs. Tripp knows how to handle it. Doing crunches and letting that baby weiner fly.Hey Linda, what is up? You sound like a miserable bitch. When I look in the mirror I get naked and gaze at this perfect statue of masculine ruggedness. I flip around my huge floppy dick and balls and flex all my muscles and think about how I am a Donis and your husband probably looks like somebody stapled a mullet to a walrus. You are probably going to get choked out cuz he gets sick of looking at your fucked up face every time he's chasing snake and trying to finish by picturing something a little sexier like Kathy bates or that dude who comes on after Keith Olberman.

And you calling me trash? I'm sorry to interrupt your crystal tea party with the president of russia and the pumpkin princess you dumb bitch, but I one time saw piper eat a cake out of the garbage. And she was like 7. You explain that to me and look down on me now talking about the palin family is like frasier or some shit. Todd one time shit his pants watching nascar cuz he didn't want to miss a turn. I was like goddamn you lactonic fuck, even number 3 had to pit you white trash motherfucker.

So the next time you want to think about calling me trash over the palin family I want you to remember one thing: suck my dick.

you meth loving piece of fucking shit family is going to burn in hell for what they are doing. fuck you and fuck your sister and your mom

GLAD SHE DUMPED YOUR STUPID ASS 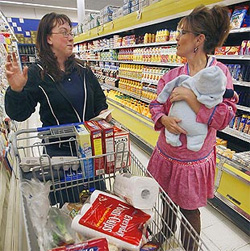 are you kidding me about this shit? until she spent like a million dollars on new york shirts mrs palin was dressing like a corncob dollOh here we go again another dumb motherfucker thinks the palin family is like the king of england because that old dude picked them to be president or whatever. Guess what, bitch: sarah palin and her whole family were evil dumbfucks a long time ago and they will be evil dumbfucks in twenty years after she is on her third term as president. And your dumbass will love her even after the country is so fucked up and dumb it gets invaded by puerto rico and we're all speaking puerto rican because "shes better than obama" or whatever.

And leave my sister out of this shit, bitch. My mom is a pipe-swinging motherfucker so she can take care of herself, but if you fuck with mercede I will pull up that faded glory shirt over your head and work your kidneys like I'm trying to make a kidney pie crust.

And guess what, motherfucker? Even that bristol shit don't phase me because I dumped her ass and even if she dumped mine I wouldn't give a fuck because I heard she is dating Ron Vandy who was a benchwarmer for the warriors and he's got a face like a baby and guess which one of us was on the cover of fucking GQ and shit? It wasn't fucking Ron Vandy that dumb fucker.