Yall just need a johnston recharge to get through your day.Yall miss me?

Yo, it's okay, I'm here for a minute, but I got to skate in a bit here cuz Tank lined up some sort of commercial for Valvoline or some shit who even fucking knows anymore. Everybody wants to ride the j-train.

So on the agenda today I got three updates on issues:

Number 1 - custody regarding: give me back my baby. Concerning: Tripp and Torp.

Number 3 - mrs. palin went on oprah and trashed me so here is some preemptive dick burgers she can chow down on while transcripts are coming out

Fourth issue, and Tank told me not to put this in here, but I am sorry for the family whose dog I drunk drived over about midway to the aiport on George Parks. Shoulda kept him in a pen or something how the fuck am I supposed to know not to drunk drive at 2 am on George Parks? Like there weren't any signs up "look out fucking retard dogs on the loose and when you swerve left they'll just keep running left."

I checked him out and rolled down my window. Looked pretty much dead, just some moving around like twitching like in the movie when they get shot in the head. Lots of blood. Goddamn you would think a Collie would just mop that up as soon as it comes out but I guess not. Couldn't have suffered much.

YO I AM SORRY. Okay?! I don't need no more shit hanging over me I got enough on my plate. So, if yall live on George Park about by the airport and your dog disappeared or you found it all smushed up on the road then guilty as charged and my bad. I will send you some signed head shots for you if you want.

Issue number one, which I guess I am doing this backwards but fuck it, is that I am goddamn sick of being denied access to my kids. Tripp is in his formative year. Little n-word needs to be pushed across the ice, maybe take some slap shots. Toughen him up. I can already tell by those ankles he is gonna be a little beast. Break some hearts with that shit. 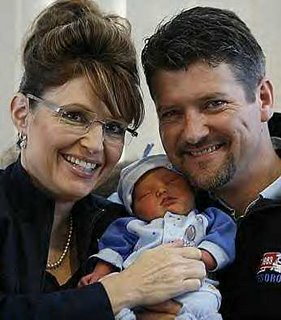 That right there is like the chernopel of stupid fucks. Poor Trib in there getting stupider by the second.As for Tort you can go ahead and call him your retard baby and then lie about it in some press release like I wasn't there 50 times when you're like "where is the retard baby?" and "somebody bring me my tall boys and my retard baby!" Palin family lies like non-stop. I thought maybe Bristol could turn away from the evil, like got her some liquid garlic and turn her into a daywalker, but of course now it's all a den of intiquity now.

Yall lactonic as fuck, laying it out todd style on some bean bags, smoking skunk weed you bought off of Brion or Nene or one of them other lame ass white collar weed dealers. Don't give a fuck about Tork in the kitchen licking on light sockets and drinking so much drain cleaner hes gonna be double retarded.

Yall want a double retard baby? He don't get no cuter, Mrs. Palin. You are ruining his life with your book tours. Yo, I looked in your book. You know how many times you even mentioned the name Trix? Once. You mentioned that name one time. You don't give a fuck. And by the way everybody knows already if you want the cush you talk to hydro kimo, the inuit gets you into it, snow shoe on the down low. He will hook you up, give you green trees to burn cause global warming in your bedroom even if you put the fan on. You'll come out of there looking like you got maced. Old Onion eyes, choking and coughing.

That is how you treat a baby. You have got to pamper a baby. Put him in a box and lift the flap and blow smoke in there. Some organic whole foods shit, not this stepped on scraped out stemmy nene bag you and Todd burn like sticks of incense. I light off fireworks with better weed.