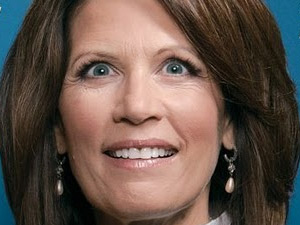 Didn't say shit they put her in a mirror room with a cuttlefish bone after the debate and let some dude that looked like the matrix architect who quit her campaign but was still her spoke person (?????) do all the talking. I was bored so I just tried to ask him questions to help me make sense of matrix movies like if zion was destroyed before by the machines why did they build it again? Couldn't they figure out a way to keep a new neo from appearing? What the fuck is a morvoningian? I got pissed about those stupid movies and said fuck it and texted a picture of my unit to some MILF I met on the plane but accidentally sent them to George Stephapopoluous so whatever I guess another hard one nailed his eyes. SORRY s-pop.

Nobody was talking to this dude so I asked him what he would do to get us out of Libraryia and he started talking about how he speaks Chinese and we got to work on our core and I was like fuck you work on your own core bitch and I put him under his shirt collar and went after his midsection like I was on a treasure hunt for kidneys.

Never heard of this dude before but seeing ron paul reminded me of that google program thing on the phone so I looked him up. Dude is into some weird scene with buttholes and abortions or something. Couldn't really figure him out so I asked him if he had any crystal. He was like "if I had a crystal ball I bet it shows obama losing" or some trip and I was like damn chisel me off some of that ice if you are seeing vision quests and shit. I been around tons of gay people and abortions so I was totally cool with hitting some glass with thise dude but then he got whisked away by a bunch of guys wearing sweaters. Whatever dude. 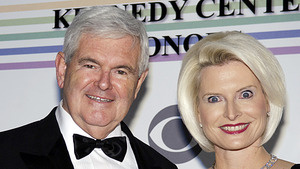 This fucking dude had some crazy lady with him and was set up at a card table selling shirts and DVDs and books. I was like what the fuck is this shit and he was like "warnings about obamas america and how to fix it" and I was like "dude you are wrecked look at you winnie the pooh married to crypt keeper over here don't try to blame that on obama" then he started in "blah blah blah ben bernaggies blah blah liberal media" I didn't give a shit about any of it but I was sort of hypnotized by his wife and I think she might have stung me or put some sort of UFO tracker thing inside my hand. If I don't come back from California then one of you please post about me disappearing on the abovetopsecret.com forums and tell them "wasilla Haarper" finally got snatched by the watchers.

Back when I was hitched up to the palin train and mrs. palin was gonna be president with that old zombie dude this guy was like the zombie dude's least favorite guy. He seemed okay to me. Sort of like the really boring version of the Most Interesting Man in the World. Actually he's so boring it's a little creepy. Like I can imagine when he's not doing this politics shit he would just stand in a darkened room, not even sitting down or anything, just stand there waiting for the next thing he's gotta do. He's not a robot though because he has some kids I remember because one of them had a pet rabbit that ended up decapitated somehow with its head in the middle of a pentagram right outside pipers hotel room. I asked him if he's got any side girlfriends or scandals or whatever and he was like "I'm a mormon" and I got the message I saw big love once on a plane. 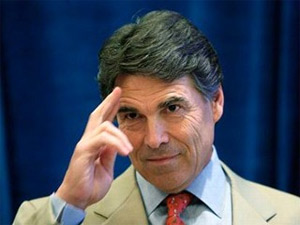 pretty sure this dude is gonna be the next presidentThis dude came out of nowhere and he's pretty much the best. Since I didn't know anything I asked him what he's about and he showed me he has a whole big book full of pictures of dirt bikes and sick jumps. He also let me shoot a gun in his dressing room and he has this dude whose only job is to lay coke rails out on tables for him.

He asked me if I wanted to go to vegas with him and tear shit up and I was like fuck yes as long as the gigridges don't abduct me to their UFO. He asked me if I knew where a guy could score darts in Reno and it just so happens one time my mom was halfway married to this mexican indian named el brujo that used to ambush pharmacy trucks and then I remembered he got his skin cut off last year as part of a cartel deal so I had to tell Rich no sorry. He pretty much shut down on me after that because he said he had to talk to a lady about a horse.

He wasn't in the debate but I also saw Tim Pawlenty eating out of a dumpster with a family of raccoons and he was like licking a yogurt top and all dirty and I was like "what the fuck dude get out of that dumpster you're gonna catch tetanus" and he said "nope I finally found somebody who really likes tpaw" but I could kind of get the vibe going on and the raccoons weren't into him at all.

I guarantee you they ditched him crossing the highway into the mountains on the way back to their raccoons hive or wherever them fuckers go. We just call them stripe bears and don't even fuck around with them in Alaska. They taste like dog buttholes and if you wing them they'll disappear and then come back after your campsite with a bunch of friends in the middle of the night and bite your shit and scat everywhere. Being bit by a raccoon still polls higher than T-paw in the iowa straw poll. The dude focus groups worse than the bam margera scenes in a jackass movie.

Anyway, don't forget to buy my books. After paying it forward all these years its time you no good internet people pay me back.