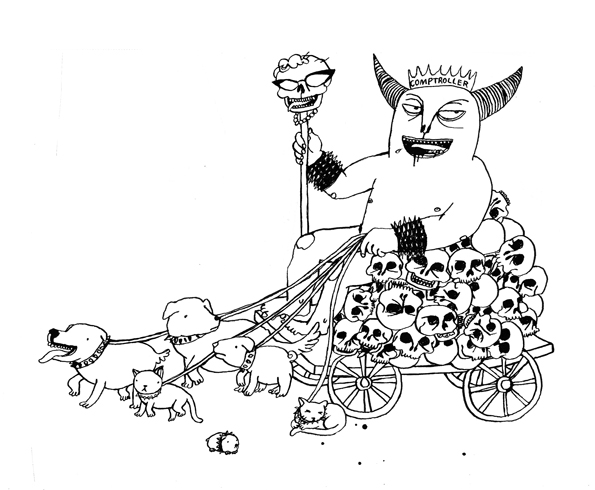 Recoil! Then weep with pride! For Golan the Insatiable, Godlord Terrible of Gkruool, Crusher of Wills, Raper of All, holds forth comment to the unfit readers of the Oak Grove Gazette!

Doubtless you already perceive my motives for this addressment. Yes, I speak to you with irksome fury through your sad news parchment in reference to Wednesday's political debate held in Oak Grove High's sporting gymnasium. Surely you were all wondering why my fearsome presence was not felt in the room. And just as surely you will share my violent outrage when I inform you that I was denied entry to this sporting gymnasium, despite my widely publicized proclamation that I am running for the office of town Comptroller!

According to the words stuttered at me by the trembling police men outside the structure, entering the gymnasium violates my eternal ban from Oak Grove High. When I demanded that the debate then be moved to another venue, where my terrible glory may be present, the cowardly dullards claimed they had no such authority, that the sports gymnasium was reserved weeks ago. Now, who do you suppose it was that suggested holding this debate at the sporting gymnasium in the first place?

We all know. The putrid one Mrs. Budnick. Who is also running for town Comptroller!

Clearly one Budnick fears facing me in even battle. Her feeble excuse is that not only am I unfit to hold the office of Comptroller, but also I am ineligible to even run in your bizarre selection process. Firstly, how can one Budnick claim to be more fit than I to hold the office? Her skeleton is small and weak! The Comptroller position could easily be taken from her by force, even by one of your child humans. Who would dare challenge Golan the Insatiable once I am risen to the post?! 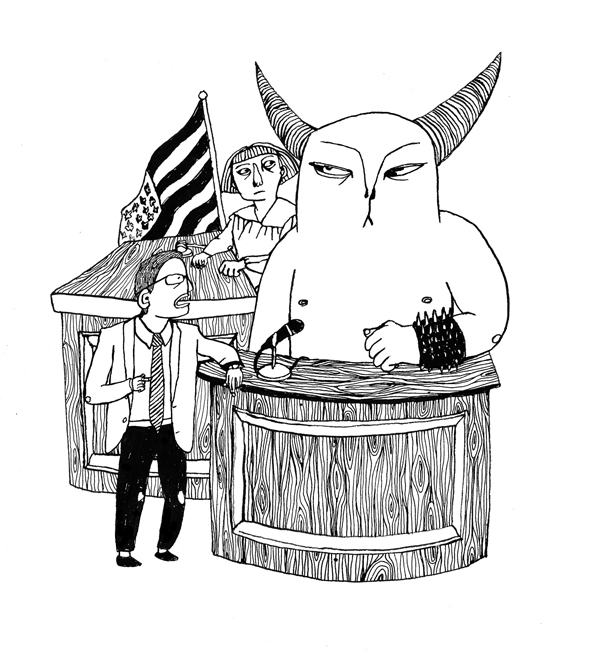 Look, nothings of Oak Grove, I am well knowing that I broke the agreement I made with fat Mayor Dugek when I proclaimed that I would not kill any more of you idiots. I am through trying to explain my reasoning for needing my neighbor Garcia and his ugly family dead, but I played by your laughable laws afterward, did I not? I allowed myself to be arrested by your tiny police men and stand at your trial, judged by my so-called peers, even though the mere suggestion that these vermin were in any way comparable to my foreboding eminence sickened my black soul. Then, when illogically condemned by this pathetic rabble, I also allowed myself to be placed in your town's quaint dungeon facilities.

I am still confused how I apparently did something wrong by leaving these facilities. I grew bored, and the bars to my cage bent like pond reeds at my powerful touch. The guards fled upon my very sight! I feel you people do not grasp the concept of imprisonment. If I can leave under my own will, why would I stay there? In my home world fortress I have endless tiers of dungeons, oubliettes, and rape folds, each more nightmarish and inescapable than the last!

Your culture makes no sense to me. Yet I receive no credit for meeting you halfway. But we have been over this.