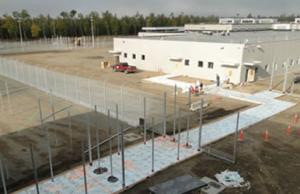 My home for the past two weeks on these tramped up charges.What was I writing about? Fucking prune wine is making me dizzy as shit. Oh, yeah, my book. Deer in the Headlights come out soon and you know I wrote that shit right.

It's got like every time I poked out a brown eye, all three times I crashed a helicopter, when I accidentally stepped on mrs. palin's boobs in that hotel, the time that lactonic fucker todd doped me up with bad k and tried to sell me on ebay in china to some dude named mr. wang who looked like kim jong il wearing an x-men suit.

Also the time I might have accidentally killed a bald eagle with a Frisbee and shot down a fish and wildlife Cessna with a shotgun. My publisher made me take out the part about piper palin doing some ceremony where everybody was chanting and mrs. palin was supposed to get boned by a hyena or some shit and then like a dude with a goat head appeared in the smoke and had ten eyes because they said it's not crebidle. 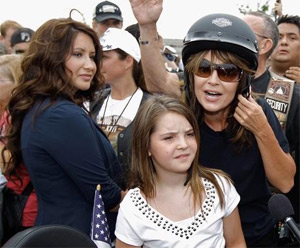 This is like a character lineup for the korean mmo for stupid nerds with some nonsense name like Helio Fuge you can play wizardess, midget devil worshipper or sexy cannonball warrior.What the fuck ever editor fucker you're in new York you don't know shit about real America. I'm getting pissed off just thinking about that dude. He's all like "we really need your manuscript by tomorrow" and I'm like "What who is this fucking suck my dick" and then HE CALLS BACK. Get it through your head dude I am on the xbox.

I asked my defense attorney (not PUBLIC DEFENDER tank came through for me even though he barely answers my calls and got this dude he called the lee Harvey oswalt of comedians of comedy shit who is gonna get me the fuck off these bullshit duck call charges) to let mrs. palin on the jury and he was like WTF dumbass NO, but guess what? Money talks and I got huge beef piles on my arms from pumping prison iron and threatened to put my knuckles through his guts. Mrs. Palin LOVES ME. 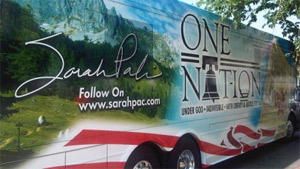 She'll be back on the road in no time to teach america about the history she dreamed.It's an open or shut case too. The only evidence they got on me is the drunk and ugly shop owner who probably is a sex offender and some video tapes which you know...photoshop, duh...and also some eyewitnesses from a panera but what the fuck even is that? Sounds like where dinosaurs came from. I wouldn't believe fucking dinosaur people.

And they also have one of my fucking gloves that fell off, but they can't prove shit anyway because I've been taking these steroid pills some Canadian Nation cholos smuggled into the prison in donairs and my hands are swole like baby hands. You know what they say: If the glove don't fit you know what you gotta do legally next.

So I'm on my way to freedom and back to the top.

I'll see you guys in a few weeks when I'm a free man again, thanks to mrs. palin.