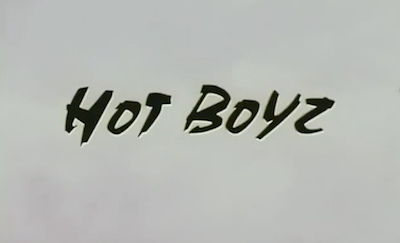 Overview: We were going to write something about how this is a hip-hop melodrama/ghetto Scarface/pointless car chase movie, but some jerk on IMDB beat us to the punchline "Master P's Theater" and now we're too angry to write a plot summary.

The Case For: There are no spray painted Nerf guns, gratuitous nipple shots or hand puppets made from old gym socks and papier-mache, so this is pretty much Citizen Kane compared to the shit we usually watch.

The Case Against: Any movie where all of the "actors" are most well-known for their rapping credentials is already doomed to failure, but Hot Boyz proves that a healthy dose of B-movie veterans can make a bad situation even worse.

Admittedly, this movie is pretty far outside our usual fare, but trust us, we know a bad movie when we see one. Gary Busey and Jeff "Car Chases Rule Everything Around Me" Speakman are two surefire signs of a godawful trainwreck caught on film. The good news is that they're only in about 10% of the movie combined. The bad news is that doesn't stop their aura of failure from pulling down everything and everyone around them. Also, it's a hell of a 10%:

Alright, we can't prove that Gary and Jeff are responsible for all of the problems with Hot Boyz, but we have a hunch. See, Hot Boyz isn't really one movie, it's actually three movies:

You can probably see why we're a little suspicious about the influence of the two "stars" here. Helping them out in the supporting cast is a baffling mixture of B-movie veterans and rappers that just doesn't bode well for anything that's about to come. We never thought we'd see a cast list that bills C. Thomas Howell right next to C-Murder, but here we are.