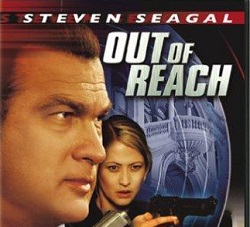 Overview: There's something about woodland Postal Service secret agent Steven Seagal trying to save his 12-year-old orphan pen-pal from a human trafficking ring, but the only accurate way to summarize this movie is "a giant, tangled ball of loose threads and pointless subplots."

The Case For: Provides a really cheap way to see lots of Polish architecture highlights, although it's sort of a mixed bag as far as a tourism promotion for Poland, unless you think "Poland: murder is legal here" and "Poland: wall-to-wall child slavery and guys with leather trenchcoats and bad haircuts" are effective marketing slogans.

The Case Against: The only conceivable reason you could possibly have for watching this is being a fan of Seagal-fu action movies, but the most physical exertion he can muster is a couple of somersaults and some asshole dubbed over most of his lines, so you'll still be disappointed. 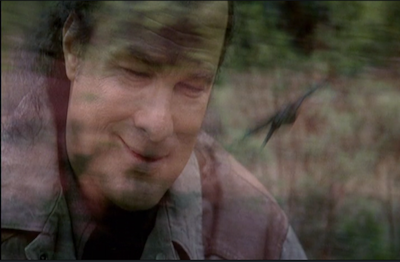 Hydrogen: Determined to slug our way through the highlights of Steven Seagal's entire filmography, today we jump from his early classic Hard to Kill down into the deep, dark waters of his midlife crisis movies.

Trillaphon: Out of Reach is a perfect representation of that awkward transitional phase between ultra-violent bone-snapping ponytail 90s Seagal and the slightly fatter, slower, and more pretentious '04 version of same.

Hydrogen: Jesus, this movie is from 2004? Everything about it felt like mid-90s, except for Seagal's waistline.

Trillaphon: Always trust the waistline, like the rings of a tree it's incredibly accurate.

Hydrogen: It's a little sad that Seagal's cinematic self-aggrandizing fantasies have somehow evolved to "beating an entire squad of terrorists to death with his bare hands" to "searching the Polish police database while typing at 80 WPM."

Trillaphon: This whole movie has a very Taken feel to it, except instead of saving his family like a badass, the hero runs around snapping the bones of some greasy pseudo-European crime guys on behalf of the orphaned 12-year-old Polish prostitute he has an extremely creepy pen-pal relationship with from his backwoods rape cabin in Canadialaska.

Hydrogen: Maybe Liam Neeson should remake it, although he'd have to grow a trapper mullet and gain 140 pounds of pure lard first.

Hydrogen: "I have a certain set of skills...skills that make me a nightmare around any open buffet."

Trillaphon: "I can eat a whole peach cobbler by myself, while killing 12 men at the same time."

Trillaphon: "If you drop me off at Perkins now, that'll be the end of it..."