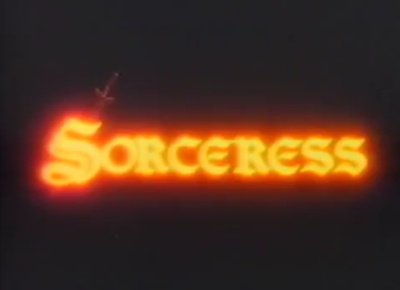 Overview: Twin barbarian virgin women seek revenge against the evil Traigon, their sorcerer-daddy who wants to sacrifice one of them to his god, the almighty Laser Sock Puppet Monkey Lion in the Sky. Also, nobody knows that the twins are women, thanks to the Ultimate Disguise of Mystical Power that they always wear (known in the common tongue as "a hat".) Nearby, a half-goat half-man masturbates furiously at all of the above. Bleating intensifies.

The Case For: Makes an ideal after-school special for fundamentalist southern Baptists, since every time somebody starts to explain "where do babies come from?" to the sheltered barbarian woman-children, they immediately get interrupted by royal guards or monkeys throwing exploding coconuts. You'd have to edit out all the tasteless nudity first, though.

The Case Against: Producer/creator Roger Corman and Director Jack Hill were so disgusted with the finished version of the film that they both took their own names off of it. That's right, the Producer AND Director of this fucking movie both refused to be associated with it. Even by our standards that's pretty insane.

By far the best way to enjoy Sorceress is to avoid any contact with an actual copy of the movie, and just partake of its awe-inspiring IMDB page. Start with the spectacular keywords:

Those five would be good enough on their own, but the full set of 22 also includes such gems as "psychotronic" and "rectal probing" (technically the rectal probing is only threatened, which is a disappointment both to rectal-probing enthusiasts and anyone who's already seen the rest of the movie and demands satisfaction in the form of death-probing).

But the real gold is in the Trivia section - this movie has some of the greatest Awful Movie trivia you will ever see:

So just to review, this movie features:

But perhaps most importantly, the uncredited executive producer turns out to be none other than legendary Hollywood guru and low-budget shit-shoveler Roger Corman - a man who, over 50+ years in this business, has gleefully signed his name to over 400 titles varying from "what the fuck did I just watch" to "hey, I remember this MST3K episode!" to "you know, suddenly violent, screaming enucleation doesn't seem so bad". That's right, the guy who had no problem having his name all over the credits of titles such as Death Race, Sharktopus vs. Pteracuda, Sharktopus vs. Whalewolf, and Aladdin and the Adventure of All Time didn't want his name anywhere near this steaming pile of goatman shit. Just think about that for a minute.

If you're somehow unsatisfied and undeterred by all of the above and decide to actually watch Sorceress, you will quickly be greeted by what appears to be a remake of Birth of a Nation, only with no lighting and even more outdated camera equipment. Actually, with the fantasy motif, it kinda seems more like Birth of a Nation: The Early Years, a riveting glimpse into the whimsical origins of the Ku Klux Klan, way back in the good old days when members were actually wizards, cyclopes, and goblins.

[1] Which is both hilarious and greatly increases our respect for that movie.