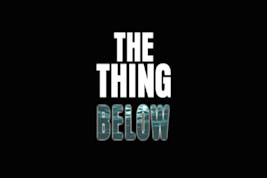 Overview: A group of sailors get trapped on an oil rig and are terrorized by an alien who likes to turn into a stripper.

The Case For: I guess if you wanted to watch a movie about mind-controlling aliens and isolation you could rent this if "The Thing" was out.

The Case Against: Somewhere, someone's going to make money off that rental, and that just encourages them to make more movies like this. 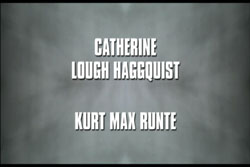 Okay, let’s say your rich uncle just died of a massive heart attack, right? Let’s say he didn’t catch you stealing pain medication out of his vanity for all those years, and you were the recipient of a rather large dead-uncle stipend. Finally, let’s say your father sits you down in the living room after the funeral. After a little chit-chat, he looks you dead in the eye and asks you a simple question:

"Son, what are you going to do with all that money?"

Some people would buy a house, maybe a car. Others would give the money to friends and family to make sure everyone lived a comfortable life. Still others would give a large chunk of the cash to charity.

Other persons – namely unskilled ones who would steal pain medication from an elderly man and possibly huff rubber cement behind the dumpster at Burger World – would move to Hollywood and start a movie production company. While I have no factual basis for this statement, I am fairly sure this is how Hellfire Productions began.

If you don’t believe me, just look at the name. "Hellfire Productions." While it certainly doesn’t show the level of intellect a name like "Dudez" does, the name "Hellfire" undoubtedly reflects a certain type of attitude towards life. The attitude of a person who got a tribal tattoo in 1998 and still proudly bears it with his sleeveless Budweiser shirt. A guy who got arrested for running over a group of children after driving his Jeep 70 miles an hour in a school zone and to this day says "little shits had it coming." A person, nay, a dude, who is 30 years old and still religiously attends high-school keg parties. 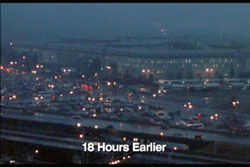 I'm pretty sure that, when America is a lost civilzation and space explorers come to search our ruins, even they will wonder what happened in those eighteen hours.

And in that same vein, a person who would greenlight a movie like "The Thing Below." In fact, I'm sure the meeting between the movie's pitchman and the suits at Hellfire was one of the greatest intellectual matches in human history: 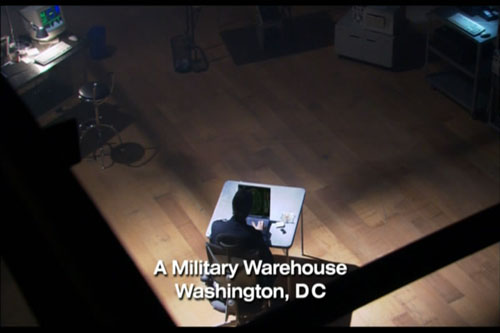 The Thing Below opens like any high-caliber film would: With about five minutes of military stock footage. Interlaced with said footage are the opening credits, which look like a gigantic, ugly mismash of Impact fonts and Photoshop filters. While all this goes on, a drum-and-bass-heavy soundtrack lets the viewer know that something political is, in fact, going on.

Unfortunately, watching grainy clips of Navy helicopters cruise around is about as interesting as "The Thing Below" gets. After the opening credits (which, besides the stock footage, feature a shot of an explosion that has nothing to do with the plot) the phrase "Eighteen Hours Earlier" flashes across the screen. After watching the film a few times, I am still confused about what that phrase signifies. There is nothing in the film that signifies it is leading up to those eighteen hours, and I'm pretty sure that, besides the stock footage, it does not show any other type of military force. Maybe "Eighteen Hours Later" was the movie's original title. Maybe it took the cast and crew 18 hours to film, cut, and finalize the film.

Whatever the case, I do know what Director Jim Wynorski did not spend those 18 hours on: Directing a film that makes even a little bit of sense. After the credits the film cuts to a dark room where two men in suits are doing their best to look very intimidating while smoking cigarettes. Text at the bottom of the screen tells us we are in a "Military Warehouse." While one man types away at a gigantic Dell laptop, the other spouts off possibly the most generic movie-military jargon ever heard.

This is a good time to bring up something else about "The Thing Below." The characters do not speak in normal dialogue. Instead, they speak in clichés. Constantly. Not one exchange is made that does not involve an old colloquialism a grandmother might say. Here is a snippet of dialogue that, while not said in the film, summarizes most of the speech in the movie:

"Dammit, colonel, listen. We've got five good troops on that boat and they have a snowball's chance of finding a needle in a haystack. I know a stitch in time saves nine, but the buns are burning and the oven's getting cold. We need an answer, and we need it now!"